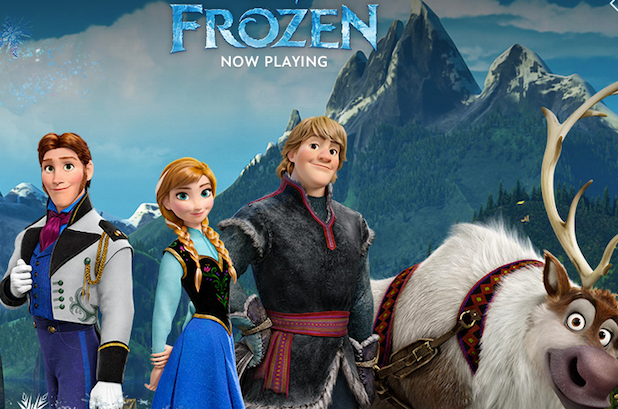 When Disney acquired Pixar in 2006, it hoped to reinvigorate its flagging animation division – once the company’s crown jewel.

Rivals such as DreamWorks Animation and Fox had eclipsed Disney at the box office, as had Pixar, whose movies Disney distributed prior to the purchase. Iger acknowledged weakness at the studio that created Mickey Mouse, telling the New York Times, “I want to return Disney to greatness in this area, and this was the way to do it fastest.”

Seven years later, the deal has accomplished just that – though not in the way some may have expected. The rest of Disney is ascendant again, while some of the shine is off Pixar.

Pixar has continued to unleash a string of hits — none bigger than “Toy Story 3” — while scoring five Oscars in the process.

Yet the acquisition of Pixar has also revitalized Disney’s other animation divisions.

That began in 2010 with “Tangled,” a throwback musical that grossed almost $600 million at the worldwide box office. Now, for the second year in a row, Walt Disney Animation, not Pixar, has released the studio’s best-reviewed animated film. Last year it was “Wreck-It Ralph,” a film that earned an Oscar nomination and grossed more than $450 million at the box office.

The movie will have long legs at the box office after grossing $93 million over the holiday weekend. It has most of December to itself — a treat for a film catered to young kids and families.

“Their non-Pixar animated films are getting stronger, and it starts with ‘Tangled,'” Phil Contrino, editor-in-chief of BoxOffice.com told TheWrap.

“They are back in a big way,” he added. “Disney has carved out a niche opening animated films at the end of the year after something Pixar in the summer.”

Such flexibility is vital with more animation companies competing for viewers than ever.

“They don’t have a monopoly anymore,” Contrino said.

Fox’s Blue Sky Studios and DreamWorks Animation have challenged Disney at the box office by telling stories with a bit more subversion and humor. They have also developed loyal followings overseas.

The “Ice Age” franchise has garnered 75% of its grosses internationally while DreamWorks Animation has had more success than any other animation company in markets such as Russia, Korea, Brazil and China.

“Competition has been good; it makes everybody have to continue to reach higher,” DreamWorks Animation CEO Jeffrey Katzenberg told TheWrap. “You understand that you are in an environment in which there is no longer a free pass; you are no longer the only choice.”

Other companies have popped up in the past few years producing films for less, alleviating the pressure to gross $300 or $400 million every time out.

Chris Meledandri, who established the foundations for success at Fox (and produced the first two “Ice Age” films), brought the same cost-effective strategy to his own company, Illumination.

Illumination has quickly earned a seat at the table thanks to “Despicable Me,” a huge international hit that spawned a sequel and  a spin-off. “Despicable Me 2” is the highest-grossing animated film of the year — and is in the top five all-time.

Also read: TheWrap Screening Series: Pharrell and ‘Despicable Me 2’ – How a Song Can Change a Movie

“One of reasons we created the economic model we have here was to free ourselves from the obligation that each film had to be a global blockbuster,” Meledandri told TheWrap. “Though I’ve been fortunate enough to be associated with films that had worked on a large box office level, I didn’t want to create a company whose success was dependent on that.”

The rise of companies like Katzenberg’s, Meledandri’s and nascent players like Reel FX and Laika has sparked a debate: has Pixar lost its touch?

The age when Pixar made the year’s most beloved animation movie every time out has ended.

Indiewire’s Eric Kohn raised this question in June after watching “Monsters University,” which he said was the the third Pixar movie in a row to disappoint.

Several online comment forums are dedicated to this subject, and if you ask agents, executives and competitors (off the record), many of them will argue Pixar is no longer an unparalleled fountain of originality.

Also read: Charlie Hunnam Is Out, Josh Gad Is ‘All In’ for ‘Fifty Shades of Grey’ Role (Video)

It was the sixth animated movie to open over the summer — a stretch several executives bemoaned was overcrowded with animated product. Critics savaged the film, as captured in this Economist headline: “Crash Landing.”

Yet as the last animated movie of summer – and the only new release for the next month and a half – its box office numbers remained steady into September. It performed even better overseas, grossing more than $220 million worldwide.

That would have been a disaster for some of the summer’s more lavish animated films. “Turbo” and “The Smurfs 2,” two disappointments, grossed more than “Planes.”

But it was a stellar performance for a movie that was never supposed to make it into theaters. DisneyToon Studios’ recent films had all gone straight to DVD, but Disney decided its $50-million-“Planes” was a good theatrical play.

“It’s odd when it gets blown up into a Pixar movie because otherwise it’s completely on-strategy,” a rival executive told TheWrap. ‘They are moving a lot of merchandise and it strengthens their brands; It’s a damn good piece of business. The only time that starts being at all diluted is if people start associating it with ‘Cars.'”

As the executive noted, Disney’s recent movies, from “Planes” to ” have fit into its broader corporate strategy – enabling the sale of toys and games. They also restore luster to a brand that had suffered in recent years.

“People looked at ‘Cars 2’ and said Pixar stumbled,” Contrino said. “No they didn’t; it happened because ‘Cars 2’ sells more toys than tickets could ever hope to attain at the box office.”

That same line of reasoning motivates the revitalization of these other divisions, which permit Disney to release multiple blockbuster animated films in any given year — boosting corporate earnings throughout the year.

During the mid-2000s, Disney made a series of rather forgettable animated films – “Home on the Range,” “Chicken Little” and “Meet the Robinsons.” A few years later, the studio backed ImageMovers Digital, a costly joint venture with Robert Zemeckis’ ImageMovers that produced two films — “A Christmas Carol” and the mega-flop “Mars Needs Moms.”

That venture ended in 2011, a few years after there was some discussion” about closing Disney’s division and handing the reins to Pixar, as John Lasseter told USA Today.

No more. Disney will release a sequel to “Planes” next year,” as well as “Big Hero 6,” an animated film featuring Marvel characters.

These homegrown productions  enabled Disney to push the release of Pixar’s “The Good Dinosaur” to 2015, when two Pixar films will open.

Perhaps it’s not that Pixar has lost anything. Other companies have begun to catch up —  including those within the Disney empire.