Miley Cyrus’ "Hannah Montana" is winding down, one of the Jonas Brothers got married, and Zac Efron has graduated "High School Musical" for big-screen stardom.

But the Disney Channel’s not worried. As one crop grows up and moves on, another one sprouts up right behind.

In a modern-day throwback to the system the studio developed in the original ’50s Mickey Mouse Club era, Disney now regularly uses its hit cable channel a breeding ground for new  performers they then launch through the media empire’s many other divisions. 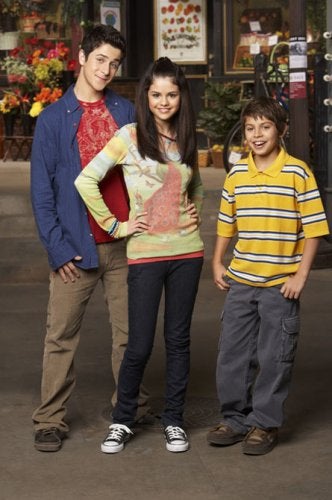 It’s no secret why. The channel’s teen stars have meant big money for the company. Shows like "Hannah Montana" and "The Suite Life on Deck," and original movies such as "Camp Rock" helped make Disney the number-two-rated cable channel. (Pictured at left, the "Wizards of Waverly Place" cast.)

Last year also stands as the channel’s most-watched on record. In primetime, Disney was TV’s top network in kids 6 to 11 and tweens 9 to 14.

Plus, network stars such as Cyrus and the Jonases have headlined movies and albums that further add to Disney’s coffers.

The Jonases still have a little Disney life left in them — a new season of their sitcom "JONAS" will premiere next summer and "Camp Rock 2: The Final Jam," the sequel to the group’s Disney Channel film, will air this year.  And "Hannah Montana" is contracted through 2011.

But the channel’s starmaking factory isn’t resting. In fact, it’s amping up production to churn out a bumper crop of interchangeable fresh-faced boys and girls to take up the mantle. (Meet them in our slideshow: "The Next Generation of Disney Stars.")

As the channel is quick to note, it’s been in this position before. Shia LaBeouf and Hilary Duff also climbed up the channel’s rungs before taking off for bigger and better things.

Beginning under the stewardship of Rich Ross, who has since moved from the channel to head the company’s feature film division, Disney began an unprecedented run of scouting young actors and matching them with projects that perfectly appealed to a pre-teen fan base.

"We look for diversity in every sense of word," Judy Taylor, the channel’s vice president of casting and talent relations, said. "We’re always searching for that less traditional face, all across the country, even globally."

The search for new stars to replenish the well has become vital to the channel’s survival and the company’s bottom line. And the process they employ to find and train these discoveries seems unique to Disney among the major media companies.

Taylor and her team traditionally have gone on the road once per year, holding open auditions in multiple cities over the course of two to three weeks. In addition, the network sometimes sends a casting director out into the field for a specific character search for projects in pilot development.

This year, perhaps in an effort to goose up its search for the next flaxen haired, golden voiced teenage sensation, the channel has been conducting more frequent searches with at least three open auditions already scheduled.

"You’re not looking at something polished, you’re seeing it in its rawest form," Taylor said. "We watch tape over and over before we decide if it’s something we’re willing to make an investment in.’

If Taylor senses early on that a talent can evolve over time, the channel may sign them up for dancing or acting lessons and try to match them with pilots or projects. 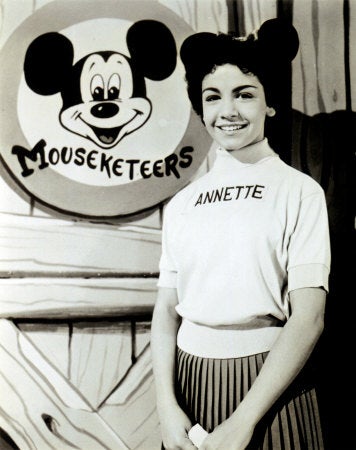 "Working at the Disney Channel is a lot like going to high school here," said Jason Dolley, star of  the channel’s upcoming "Good Luck Charlie," describing an atmosphere that parallels the "Mickey Mouse Club" of yore.

Part of the collegial feeling that Dolley depicts is attributable to the network’s penchant for keeping things in the family. Once a new star is discovered, they work hard to find synergies within the sprawling Disney Company that will help broaden their appeal.

It’s no accident that Gomez recently released her first album on Disney’s Hollywood Records, for instance, just as the most famous "Mickey Mouse Club" member Annette Funicello once released hit recordings like "Tall Paul" on the company’s Buena Vista label in the ’50s.

As it did during the Eisenhower-era, this coordination helps the young actors who appear on the channel to be in a sense branded with the Disney tag. Miley Cyrus or the Jonas Brothers bear the imprimatur of the Walt Disney Company in the same manner that say Funicello and Tommy Kirk always remained inextricably linked to the studio from their work as mouseketeers or "Shaggy Dog" foils.

"We have talks with all of our talent and ask them what their dreams and aspirations are," Taylor said. "We also ask them if they have any skills or a flair for something they haven’t tried. We then encourage them to meet other people in other parts of the company and collaborate with them or audition."

"Tickets to the show have become much harder to get, we get more requests to do publicity — it’s on a whole other level," said Peter Murrieta, the executive producer of "Wizards."

The studio also has high hopes for a collection of other young stars. Though there names aren’t in lights yet, in true Disney fashion they’ve all mastered the art of conveying the kind of wholesome appeal befitting  the channel’s family friendliness.

"We’ve had had talks about making the right decisions and smart choices," Hutch Dano, one of the new stars, said, "I’m just going to keep my nose clean and stay grounded."

Disney is particularly enthused about a series of young male performers like Dolley, Dano, Hicks, and Doc Shaw that it feels can help it broaden its appeal to boys, whom the company has already begun courting heavily through the recently launched Disney XD channel. Each falls within the 13-to-18 age range that Taylor said is ideal for handling the pressure of carrying a show. Taylor says that the boys, as well as Bridgit Mendler, who stars on "Charlie," and Debby Ryan, one of the stars of "Suite Life on Deck," all are "dynamos" with "big personalities, you don’t want them to leave the room."

Like Gomez, the upcoming set of teen talent will be appearing in several different projects across the Disney corporate landscape. Dano and Dolley have original movies in the works with the channel and Shaw and Mendler have recurring roles on the "Suite Life on Deck" and "Wizards of Waverly Place."

Taylor said that she doesn’t see the relationship ending when stars like Cyrus eventually move on: "Organically we know at some point our actors will outgrow our programming. It is important for us to create a collaborative relationship, so that when they get older or reach superstar status they’ll consider making movies or records with the Walt Disney company."