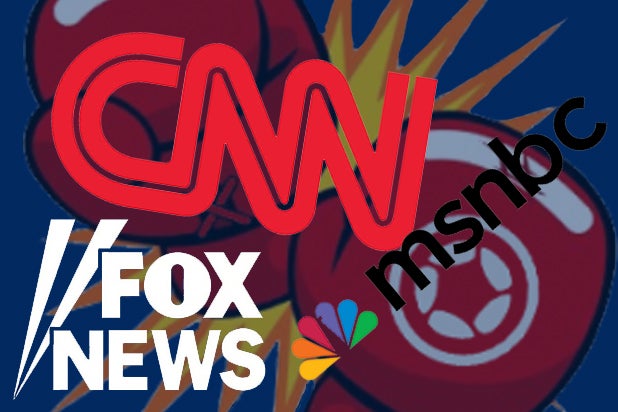 Fox News topped basic cable in both primetime and total-day viewing as the most-watched network among all of cable for the third quarter of 2016, while CNN beat rival MSNBC in most measurables.

CNN beat MSNBC in total day viewers, total day demo and the primetime demo, but MSNBC slightly edged CNN in total primetime viewers, 1.22 million compared to 1.21 million. It was CNN’s most-watched quarter in eight years among both total viewers and the demo.

CNN has now topped MSNBC for 10 straight quarters among total viewers, the primetime demo and is now the third fastest-growing cable network among both total viewers and the total day demo.

Meanwhile, Fox News had the Top 10 programs in total viewers and seven out of the top 10 among cable news programs and every FNC program is up double-digits in both categories compared to the same quarter last year.

“The O’Reilly Factor,” “The Kelly File,” “Hannity,” Special Report with Bret Baier,” The Five,” “On the Record,” “America’s Newsroom,” “Your World with Neil Cavuto,” “Outnumbered,” and “Shepard Smith Reporting” make up the Top 10 cable news programs among with total viewers. “The Rachel Maddow Show” is MSNBC’s most-watched show, finishing 11th overall, while “Anderson Cooper 360” is CNN’s most-watched show in the category at No. 17 overall.

When it comes to the demo, CNN’s “AC 360” jumps all the way to No. 5 overall, behind only Kelly, Hannity, O’Reilly and Baier. “Hannity” finished first in the demo for the month of September, while “The Kelly File” won the demo for the quarter.