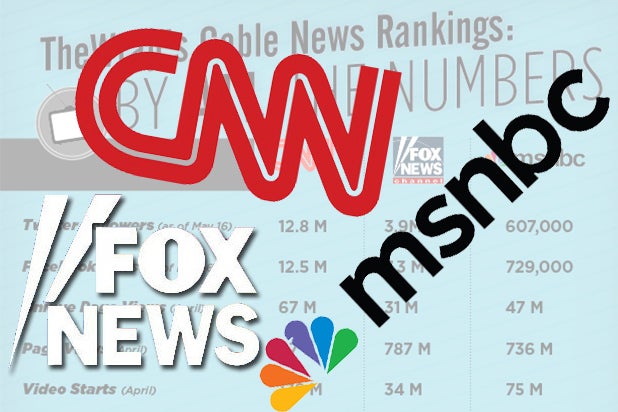 Fox News Channel was the most-watched network in all of cable for the week of Sept. 26 through Oct. 2, while its rival CNN made huge gains across the board.

Fox News has now been No. 1 in total day viewers for 13 of the past 14 weeks by averaging 1.5 million viewers. CNN jumped to No. 3, averaging 922,000 viewers compared to 819,000 for MSNBC. Nickelodeon, Adult Swim and ESPN join Fox News and CNN in the top five overall cable networks.