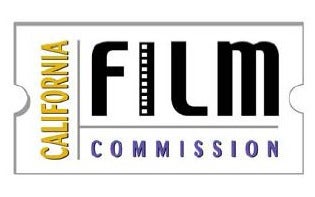 It’s a problem that’s pretty familiar in California state government these days. Joining the list of the financially strapped is the state’s film and television production incentive program, which has run out of money, at least for the next six months, the governor’s office admitted last week.

The program was launched last summer as part of $500 million in tax credits that will be handed out through 2014, with the hope of keeping more productions in-state.

The project has already gone through two years of funding to support more than 60 projects this year, Amy Lemisch, the commission’s executive director, told TheWrap.

"I thought we would go through the money quicker," Lemisch said. "There was a lot of anxiety when we started the program that it would run out in the first week or month. We operate on a first-come, first-served basis, and it just worked out that many people didn’t know if their films were greenlit or if they had their financing together."

Part of the reason thE commission was able to sustain the funding through six months was that for the first year Lemisch was able to access a second year of funding beyond the initial $100 million allocated for 2009. She won’t be able to exceed her annual budget going forward.

Despite the demand, Lemisch doesn’t think the budget will get bigger any time soon.

"This is a bad budget year in California," Lemisch said. "At some point we need to work on expanding this program beyond its sunset date or getting more funding, but this isn’t the time. The state has another $21 billion deficit."

Of the projects receiving funding, 26 began or completed production in 2009. The state estimates the movies receiving the credit will generate more than $710 million in spending during the year, including $310 million in direct wages.

Among the movies receiving credits were "The Good Doctor," "Faster," "The Adventurer’s Handbook," "Scooby Doo and the Lake Monster" and "Burlesque," as well as television projects "Amish Grace," "Men of a Certain Age," and "Important Things With Demetri Martin." The last show relocated production from New York to California to take advantage of the incentives.

The absence of such carrots could lead to projects defecting to other states.

"We will most definitely be losing projects until we can access more funds," Lemisch said. "It’s inevitable."

She does note that the commission is maintaining a waiting list. Six productions have signed up since funding ran out last week.