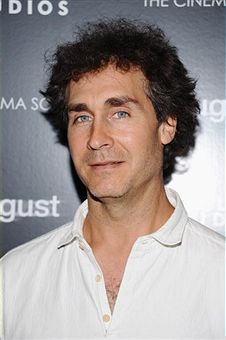 In today’s Callbacks — your daily roundup of casting news from Deal Central — director Doug Liman circles WB’s "Three Musketeers" movie, Chris Meloni options "Legends of a Suicide" and Paramount hires a pair of writers for its bigscreen adaptation of "Baywatch."

• I don’t really care about the "Three Musketeers" movie. Either of them.

The L.A. Times first reported that Liman was on the studio’s shortlist of directors along with David Frankel ("The Devil Wears Prada").

This should go without saying, but Liman’s version is clearly the one to look forward to, if you’re actually clamoring for another "Three Musketeers" movie after the forgettable 1993 incarnation that starred Charlie Sheen, Kiefer Sutherland, Oliver Platt and Chris O’Donnell, which is probably best remembered for Bryan Adams‘ hit single "All For Love." The story, for those of you who didn’t see "Slumdog Millionaire," follows three disgraced French musketeers who team up with the younger D’Artagnan to battle bad guy Cardinal Richelieu.

Lionel Wigram, who produced the better-than-expected "Sherlock Holmes," will be producing the picture, which was written by Peter Straughn ("The Men Who Stare at Goats").

I thought the trailers for Liman’s last movie, "Jumper," looked awesome, but I was proven wrong upon seeing the finished film. Aside from that misstep, Liman is a reliably solid filmmaker with a proven track record on both the studio side ("Mr. & Mrs. Smith) and in the indie realm ("Swingers," "Go"). He recently wrapped production on the true story "Fair Game," which stars Naomi Watts as CIA agent Valerie Plame and Sean Penn as her husband Joseph Wilson.

• Now this is the kind of story I like to read.

"Law & Order: SVU" star Chris Meloni has used his own money to option David Vann‘s short story collection "Legends of a Suicide," reports Deadline. Meloni plans to direct, produce and star in the film, which he will also write the first draft of. The story follows the difficult relationship between a young boy and his Alaskan father, leading up to the parent’s suicide.

Deadline caught up with Meloni on the set of "SVU" where the actor opened up about why he decided to option "Legends of a Suicide." Apparently he tried to option another book, only to find that Robert De Niro had beaten him to the punch.

It’s refreshing to see a successful actor like Meloni commit his own money to producing a passion project, not to mention one that’s not terribly commercial. I wish more actors would take risks like that.

I’m a longtime fan of Meloni’s dating back to his days playing Chris Keller on HBO’s gritty prison series "Oz." After seeing the actor as the fridge-humping chef in "Wet Hot American Summer" and as aptly-named Freakshow in "Harold & Kumar Go to White Castle," I was amazed by his versatility. I’ve seen more "SVU" episodes than I care to admit and am frequently taken with Meloni’s ability to balance intensity and sensitivity.

The actor is making plans for his post-"SVU" career and it looks like he wants to segue behind the camera, having recently made his directorial debut on "National Lampoon’s Dirty Movie," which he also co-wrote and stars in. That film is currently seeking distribution.

• I know nobody remembers "Baywatch" for its writing but if there’s going to be a feature film adaptation, somebody has to write it, and Paramount thinks its found its men.

The studio has hired Brian Gatewood and Alessandro Tanaka to bring "Baywatch" to the bigscreen during the summer of 2011, according to the Hollywood Reporter.

There’s no logline for the film yet but it’s safe to say audiences can expect plenty of sandy, female-driven action in the vein of the "Charlie’s Angels" movies. Frankly, I’m surprised the "Baywatch" movie has been running in slow-motion for this long considering the international appeal of the project (i.e. busty blondes), but then again, there are at least 10 producers on the project, which is par for the course in the ever-complicated world that is Hollywood.

"The Break-Up" co-writer Jeremy Garelick (whose uncredited rewrite with director Todd Phillips on "The Hangover" is generally regarded as having saved that movie) is still attached to direct the property despite having only one short film on his resume. Last July, he was hired to rewrite the script originally written by the "National Security" team of Jay Scherick and David Ronn.

In addition to apparently being bowling buddies (see THR’s photo), Gatewood and Tanaka are gaining heat thanks to their original script "The Sitter," which David Gordon Green will direct with Jonah Hill in the title role.

It just so happens that a week before the latest "Baywatch" news broke, a friend of mine at Sports Fan Paradise imagined a fantasy cast that features an eclectic mix of TV stars including Audrina Patridge ("The Hills"), Seth Gilliam ("The Wire"), Christine Lakin ("Step By Step"), Kandyse McClure ("Battlestar Galactica"), Malcolm David Kelly ("Lost"), Abram Boise, Keeley Hazell and none other than Mario Lopez in the David Hasselhoff role. I doubt any of these people will actually wind up appearing in the "Baywatch" film but it’s a fun April Fool’s Day read nonetheless.

• Exclusive: Kevin Connolly will direct the comedy "Adrenaline" from a script by Justin Ware

• Neil Moritz is producing a remake of "Look Who’s Talking"