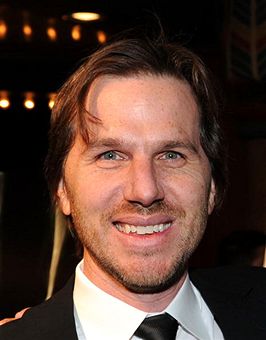 • "The Crazies" director Breck Eisner is moving from one horror icon (George Romero) to another (John Carpenter).

Eisner, the son of former Disney CEO Michael Eisner, is in negotiations to direct New Line’s remake of Carpenter’s "Escape From New York," according to the Hollywood Reporter. He’s just the latest in a long line of filmmakers who were previously attached to the Neal Moritz-produced project, including Len Wiseman and Brett Ratner.

Walter Hamada and Sam Brown will oversee for New Line, which picked up the remake rights in March 2007 when Gerard Butler was attached to star based on the strength of Ken Nolan’s script. Since then, Jonathan Mostow ("U-571") and Allan Loeb ("Wall Street 2") have taken stabs at the script, and a draft from the latter seems to have done the trick.

The film aims to create an origin story for one-eyed anti-hero Snake Plissken and merge it with the story of original 1981 cult classic. That film envisioned Manhattan in 1997 as a giant maximum-security prison on which the U.S. president’s place crashes, prompting convicted felon Plissken to attempt a rescue mission in order to secure his own freedom.

THR points out that while Eisner’s remake of Romero’s "The Crazies" took in a mediocre $38.5 million domestically, it was well received by horror fans and critics, earning a 71% on Rotten Tomatoes. As one of the genre buffs who paid to see "The Crazies" and came away relatively impressed with Eisner’s sense of foreboding, I suppose I’ll forget about "Sahara" and endorse New Line’s choice of director.

That said, I’m not sure why New Line is remaking "Escape From New York" to begin with. I mean, haven’t post-apocalyptic movies fallen out of fashion, especially after the box office failures of both "Doomsday" and "The Road?" Did anyone else see Carpenter’s "Escape From L.A." or did they just enjoy the metal-heavy soundtrack, the only compilation to feature both White Zombie and Tori Amos. Has Hollywood learned nothing from other Carpenter remakes such as "Halloween," "The Fog" and "Assault on Precinct 13?"

And who could possibly fill Kurt Russell‘s shoes as Snake Plissken? Australian actor Joel Edgerton ("The Square") is playing the lead in Universal’s upcoming prequel to "The Thing" but I’m not sure he’s such a great fit for the eyepatch. If you have any suggestions, sound off in the comments section below!

• Speaking of "The Thing" prequel, screenwriter Eric Heisserer has been hired to write "Final Destination 5" for … you guessed it … New Line, according to the Hollywood Reporter.

Warner Bros. honcho Alan Horn announced the development of a fifth film in the franchise — despite the last one being titled "The Final Destination" — at ShoWest in March. Like that film, "Final Destination 5" will be filmed in 3D. The studio is currently compiling a list of directors, with an eye toward a late 2011 release.

Series producer Craig Perry will return for "Final Destination 5," which will reportedly feature a scene in which a character undergoes LASIK eye surgery, with predictably fatal results.

The modestly-budgeted, consistently-profitable "Final Destination" series explores the idea that death can’t be cheated. I had a blast with James Wong‘s original, which starred Devon Sawa (whatever happened to that guy?), Ali Larter and Kerr Smith. "Final Destination 2" featured one of the greatest horror set pieces of all-time — a brilliantly choreographed sequence of carnage on the freeway — but the third film (the roller-coaster one) was a pointless exercise akin to one of the "Saw" sequels, and I didn’t even bother seeing the fourth and so-called "final" film, which earned a staggering $181 million worldwide on a production budget of $40 million. That said, this eye surgery scene has me thinking about returning to the franchise.

Heisserer is quickly developing a reputation as Hollywood’s go-to-guy for updating branded genre material. Besides "The Thing," he’s also behind New Line’s remake of "A Nightmare on Elm Street," and until I see that this weekend, I can’t say one way or the other whether Heisserer is the right guy to write "Final Destination 5."

Based on Ranulph Fiennes‘ novel "The Feather Men," the story follows a group of former British special forces members being hunted by a team of assassins led by a former Navy Seal (Statham). Owen will play a senior field operative and member of a clandestine group charges with protecting former special forces soldiers and their families.

It’s nice to see Owen stop trying to be the British George Clooney ("Duplicity" anyone?) and get back to kicking some ass … but would it kill Statham to try a comedy for once? And by comedy, I mean something closer to "Snatch" than "Crank: High Voltage." Seriously though, Statham could stand to lighten up a bit and take a cue from Vin Diesel by doing a family-friendly movie like "The Pacifier." I can’t believe I just suggested that someone do a movie like "The Pacifier." Moving on …

Production on "The Killer Elite" begins next month in Melbourne, Australia before moving to Wales in late July.

Owen recently signed on for Juan Carlos Fresnadillo‘s "Intruders." He’ll next be seen opposite Catherine Keener and Viola Davis in David Schwimmer‘s "Trust," which concerns a teenage girl who is targeted by an online sexual predator. Owen most recently starred in "The Boys Are Back" and "The International." 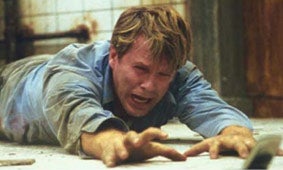 • Lionsgate has announced that "Saw" star Cary Elwes will reprise his role of Dr. Lawrence Gordon in "Saw VII 3D."

While Elwes’ hammy acting was the only drawback to the original "Saw," it’s nice to know that the creatives behind the franchise have listened to fans and will finally bring the series full-circle to reveal Dr. Gordon’s one-footed fate.

Kevin Greutert (editor of "Saws" 1-5, director of "Saw VI") will direct from a script by Patrick Melton and Marcus Dunstan ( the entertaining and overlooked "The Collector), while Oren Koules and Mark Burg will return to produce. It’s believed that "Saw VII" will be Jigsaw’s final adventure but I’ve heard that one before, so we’ll have to wait and see and pray that it is.

Besides good ol’ Tobin Bell, the full cast includes Gina Holden, Chad Donella, Laurence Anthony, Dean Armstrong and Naomi Snieckus. Don’t worry, you won’t remember any of them by the time you reach the parking lot.

"Saw VII 3D" will be the first theatrical feature to be shot on the SI-3D digital camera system … as if that matters.