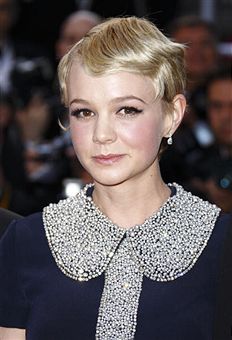 Written by "Prison Break" star Wentworth Miller under the pseudonym Ted Foulke, the story follows an eccentric teenage girl whose estranged uncle returns to the family after the death of her father.

Ridley and Tony Scott's Scott Free Productions will produce the film, having recently worked with the studio on the Duplass brothers' relationship comedy "Cyrus."

Ridley Scott is reportedly considering the boutique project as a directing vehicle, although he's also attached to direct nearly a dozen other projects, so there's no need to get ahead of ourselves.

Foster will soon co-star opposite Mel Gibson in the quirky dramedy "The Beaver," which she also directs from Kyle Killen's 2008 Black List-winning screenplay. She is represented by ICM.

• Phil Lord and Chris Miller, the guys who served up "Cloudy With a Chance of Meatballs," are in final negotiations to write and direct Warner Bros.' Lego movie, according to the Hollywood Reporter.

The plot is being kept under wraps and in the box, but it will be an adventure in the Lego world mixing live action and animation.

I remember making stop-motion animated movies starring Lego leading men for a world history class in high school. Some of the most natural performances I've ever seen if I don't say so myself. But I digress …

In order to land the Lego gig, the "Meatball" duo had to impress protective execs from both WB and Lego, which insisted on having a significant hand in a development process that has been going on for more than a year, as the two companies weren't initially sure if they wanted a live-action or animated movie (really guys?). To please everyone, Lord and Miller's pitch incorporated both.

Sony Animation's "Cloudy With a Chance of Meatballs" grossed more than $243 million worldwide last year, and much of that success can be directly attributed to Lord and Miller's impressive efforts both on the page and behind the camera.

Lord and Miller are currently developing a big-screen adaptation of the TV show "21 Jump Street" at Columbia. The Lego movie will evidently come after that. UTA represents the filmmakers. 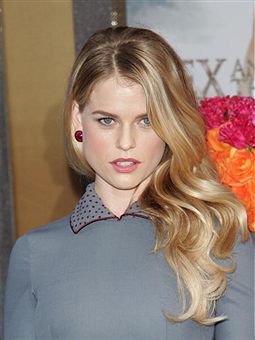 • "She's Out of My League" star Alice Eve is in talks to play Emma Frost in Matthew Vaughn's "X-Men: First Class," Eve's representation at UTA has confirmed to TheWrap.

The telepathic mutant has the power to cover her skin in impenetrable diamond. She started out as an enemy of the X-Men but switched sides and became an ally after enjoying a romance with Scott "Cyclops" Summers.

Rosamund Pike was previously rumored to be playing the coveted character, who previously made a brief appearance in X-Men Origins: Wolverine."

Eve joins James McAvoy (Professor X) and Michael Fassbender (Magneto) in the 20th Century Fox prequel, which chronicles the early relationship shared by a young Charles Xavier and Eric Lensherr before they became Professor X and Magneto, as well as the early days of Xavier's school for mutants. Vaughn's "Kick-Ass" collaborator Jane Goldman is writing the script.

It's been widely rumored that Ben Walker has also been cast, possibly as Hank McCoy aka Beast, and that "Kick-Ass" star Aaron Johnson is the front-runner to play Cyclops.

As for Eve, the 28-year-old British actress (and Nicole Kidman look-a-like) came close to being cast as Steve Rogers' girlfriend Peggy Carter in Captain America. She recently showed off her sultry wares as Charlotte's bra-less nanny in "Sex and the City 2."

Production on "X-Men: First Class" is set to begin later this summer in the U.K., and Fox will release the film on June 3, 2011.

The six-book series follows a group of adventurous scientists and military operatives who investigate and secure scientific information through counterterrorism, research and covert ops.

The first book, "Sandstorm," was published in 2004, and the most recent installment, "The Doomsday Key," landed on the NY Times best-seller list earlier this year. The seventh book, "The Devil Colony," is scheduled for release in August.

The film adaptation will involve a new storyline developed specifically for the big screen, with an eye toward launching a franchise.

Lorenzo De Maio will oversee the "Sigma Force" project for the Dino De Laurentiis Company, which is also developing a remake of "Barbarella" and a big-screen version of "MacGyver" for New Line Cinema.

De Laurentiis has previously found success bringing best-selling novels to the big screen, having produced all of the film adaptations of Thomas Harris' Hannibal Lecter series except for "The Silence of the Lambs."

The project is currently out to writers, and surely there must be one Hollywood screenwriter amongst the 25 million people who play the game online who'd be willing to take a shot at writing a crime thriller adapted from the game, which allows players to master jobs in order earn cash and experience, and try to grow their criminal enterprise by hiring additional mafia members.

So keep playing Farmville, Facebookers, and with a little bit of (bad) luck, that game will make its way to the silver screen too!