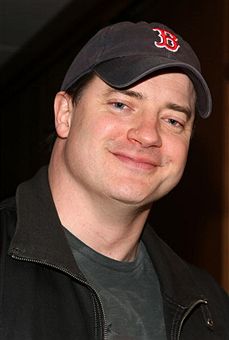 In today’s Callbacks — your daily roundup of casting news from Deal Central — New Line and Walden Media prepare for a "Journey to the Center of the Earth" sans Brendan Fraser, Sam Rockwell finds "Sweet Baby Jesus," Fox’s "Hitman" sequel lands a director, WB gets involved in a "Grudge Match," Ray Liotta operates on 50 Cent and WWE needs a "Chaperone."

• New Line and Walden Media are taking another "Journey to the Center of the Earth" and this time director Brad Peyton will be along for the ride, according to Deadline.

Star Brendan Fraser had been holding out from the sequel out of loyalty to "Journey" director Eric Brevig, but it looks like New Line is prepared to move on without the duo and refocus the film around Josh Hutcherson, who played Fraser’s nephew in the original.

Brevig is currently prepping "Yogi Bear" for the studio, which wants the "Journey" sequel in time for a fall 2011 release.

It’s possible that Fraser could reconsider his stance, but as of this moment, Deadline reports that the "Furry Vengeance" star is "unlikely" to return and willing to give up a major payday for the sequel, which will be shot in 3D like its $242 million-grossing predecessor. You get what you pay for, folks!

Warner Bros. is said to be pleased with Peyton based on his work on "Cats & Dogs: The Revenge of Kitty Galore," which is being converted to 3D before its July 30 release. Summit has also expressed interest in Peyton’s services, as Deadline claims that the director recently took a meeting with the studio for its recently acquired James Franco comedy "Ricky Stanicky."

The story follows a guy named Joe who accompanies his pregnant teenage girlfriend, Mary (Pixie Lott), to Bethlehem, Maryland, whose citizens begin to believe that they’re about to witness the Second Coming. This sounds like a one-joke premise that would amount to a sizable step backwards for Rockwell, who will soon re-team with "IM2" director Jon Favreau on "Cowboys & Aliens."

Lott is a British pop star who has created such a stir overseas that CAA recently signed her as a client. According to Deadline, Britney Spears was apparently set to play Mary initially before she was forced to drop out of the project, which co-stars Kim Cattrall as Mary’s mother and Bette Midler as a local "innkeeper."

Steve Blair‘s script is said to subvert the treasured details of the Nativity. The $10 million French production is scheduled to begin in August on location in Maryland before moving to Ireland for studio work.

• Warner Bros. has jumped on Tim Kelleher‘s pitch "Grudge Match," which Billy Gerber and Mark Steven Johnson ("Ghost Rider") will produce, according to the Hollywood Reporter.

The story follows retired boxers Billy "The Kid" McGuigan and Henry "Razor" Sharp, lifelong bitter rivals who are coaxed out of retirement and into the ring for one final grudge match — 50 years after their last title fight.

It’s just like DreamWorks’ "Real Steel," except with old people instead of robots! With a little bit of luck (and even less money), it’s possible the producers could coax bad director-better boxer Uwe Boll in front of the camera for this one, which might as well be titled "Rocky VII." There’s a reason Gene Hackman retired, folks, and it was to avoid projects like this one.

Sarah Schechter will oversee the project for the studio, which is looking to echo the tone of the 2000 movie "Space Cowboys." 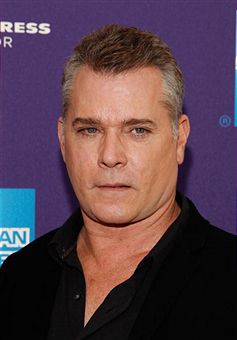 Not only is the controversial rapper acting in the film, but he also co-wrote it with Brian Miller (not Chinua Achebe) and will produce along side Randall Emmett through their production company Cheetah Vision Films. I doubt that Jackson writes as well as he raps, but it’s possible the screeplay could be good … if it rhymes.

The story follows a star football running back (Jackson) who faces a personal tragedy, as well as his own mortality, during his senior year in college. Could that mean he gets shot six times? Maybe, as Liotta will play a doctor in the film, which co-stars Lynn Whitfield, Steve Eastin, comedian Mike P and Van Peebles.

Production is currently underway in Michigan.

The studio has an option on star Timothy Olyphant, but it’s unclear whether he’d be willing to shave his head again to play the chrome-domed killer. Deal Central willfully speculates that Olyphant will not return, especially now that the "Deadwood" star has re-established himself as a TV favorite on FX’s "Justified."

Daniel Casey was recently brought on to rewrite Kyle Ward‘s ("Kane and Lynch") original draft of the script. The sequel is said to include elements from the Eidos videogame "Hitman 5," in which Agent 47 must build himself back psychologically and physically to reclaim his reputation as the world’s most feared assassin.

Adrian Askarieh, Alex Young and Chuck Gordon are producing, while Daniel Alter will exec produce the project, which is scheduled to begin production this fall. The original "Hitman" earned $100 million worldwide on a $30 million budget, which explains why Fox is eager to revisit the character, since it couldn’t have anything to do with the quality of the mind-numbing original.

• WWE Studios has announced the acquisition of "The Chaperone," a kid-friendly action-comedy that marks the first screenplay sale of S.J. Roth, a former playwright best known for the off-Broadway play "Sutton," the story of legendary bank robber Willie Sutton.

The script follows a recently released, ex-con father who unwittingly becomes a chaperone for his teen daughter’s class trip to New Orleans while he’s on the run from his old cronies who are trying to kill him.

Which WWE wrestler will fake-win the coveted role? Perhaps Kane or The Big Show, both of whom appeared in Universal’s hilarious "MacGruber," which a few people saw over the weekend. In all likelihood though, it’ll probably be John Cena, star of "The Marine" and "12 Rounds."

Production is tentatively scheduled for this summer in New Orleans.