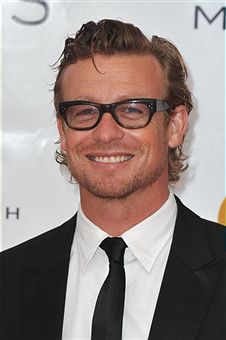 • "The Mentalist" star Simon Baker and "Da Vinci Code" villain Paul Bettany are in talks to join the cast of the indie thriller "Margin Call," according to the Hollywood Reporter.

J.C. Chandor directs the film from his own screenplay. The story follows a group of employees at an investment bank during a tumultuous 24-hour period during the 2008 financial collapse.

Bettany will play a top-tier trader who makes no apologizes for being the way he is, even as the crisis deepens.

Baker will play a ruthless, high-powered securities broker who drives his colleagues to win by any means necessary. Kevin Spacey, Stanley Tucci and Zachary Quinto play his charges, although I’m not sure I’m buying Baker as Spacey’s boss. Even before "Swimming With Sharks," the Oscar winner had his own door in "Glengarry Glen Ross" while the likes of Al Pacino and Jack Lemmon bickered in the office with everyone else.

Joe Jenckes and Benaroya Pictures’ Michael Benaroya and Robert Ogden Barnum will produce with Quinto and his Before the Door Pictures partners Neal Dodson and Corey Moosa. Production begins next week in New York.

CAA represents Baker, who co-stars in Michael Winterbottom‘s atrocious "The Killer Inside Me," which IFC Films releases in theaters and On Demand this month.

WME represents Bettany, who recently wrapped "The Tourist" with Johnny Depp and Angelina Jolie and next stars as a vampire hunter in Screen Gems’ post-apocalyptic horror movie "Priest."

The casting could ruin the movie’s main twist, as it’s obvious from looking at Lautner that he must have been abducted since he looks nothing like either Bello or Isaacs, who strike me as a bit of an odd pairing. Then again, a movie doesn’t need chemistry as long as it boasts Lautner as its lead, right "Twilight" fans?

Denzel Whitaker ("The Great Debaters") will play Lautner’s best friend, while "The Girl With the Dragon Tattoo" star Michael Nyqvist will play the villain.

The rest of John Singleton’s cast includes Lily Collins as Lautner’s girlfriend, Sigourney Weaver as his therapist and Alfred Molina as the CIA agent entrusted to bring Lautner in alive.

• The Playlist points out that Oscar nominee Viggo Mortensen has told Clarin that he’ll star in Ana Piterbarg‘s directorial debut "Everyone Has a Plan."

"I’m going to be filming in Argentina in the coming year," Mortensen told Onetti. "It’s a small film but interesting. It will be filmed in the capital and also in Tigre." Interestingly enough, Mortensen lived in Argentina until the age of 11. 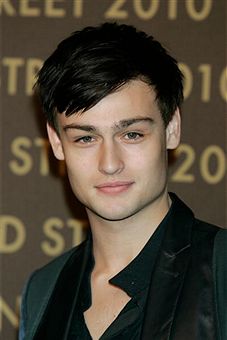 While plot details are scarce, Piterbarg’s script won an award at the Malaga Film Festival in 2008. The Argentinean filmmaker previously served as assistant director on "The Magic Gloves" and "Goodbye Dear Moon." Production is expected to begin at some point next year.

The British actor will make his American feature debut with the comedy. He recently played Boy George in the BBC Two biopic "Worried About The Boy," and he previously starred in Julian Fellowes‘ "From Time To Time."

Lisa Azuelos directs the remake of the 2009 French film "Laughing Out Loud," which starred Sophie Marceau and Christa Theret.

• Universal has hired "Smallville" creators Alfred Gough and Miles Millar to write "Monster High," a musical based on a new Mattel property that features the high school-aged spawn of famous monsters including Dracula, Frankenstein and the Wolfman, according to the Hollywood Reporter.

Marc Shaiman and Scott Wittman are in talks to write and compose the music for the movie, which is described as a musical mash-up of "Beetlejuice" and "The Addams Family."

Gough and Millar recently produced "Hannah Montana: The Movie," and also adapted the aliens-in-high-school movie "I Am Number Four" for DreamWorks. Additionally, the duo are writing and developing a TV pilot for a revamp of "Charlie’s Angels."

Kuno Becker (the "Goal!" trilogy) stars as a San Francisco spoken word artist who returns to New Mexico to care for his dying father (Ruben Blades). He loses his poetic voice, his identity and nearly his life when he starts slipping back into the dangerous life of crime that he tried to escape. Miguel Sandoval (CBS’ "Medium") co-stars as a shady nightclub owner.

Variance will release the film in New York on July 23 in conjunction with Santa Fe-based Luminaria before it rolls out to additional cities including Los Angeles and Chicago. The company recently released Stanley Tucci‘s "Blind Date" and the black metal documentary "Until the Light Takes Us."

Nunez previously directed Peter Fonda to an Oscar nomination and a Golden Globe award in the drama "Ulee’s Gold."

• And finally, after reading the list of Sony’s upcoming releases posted on Deadline, I realized that I was aware of all of the studio’s projects through 2011 except for one — a Screen Gems movie titled "Skank Robbers" that’s apparently based on a spoof that aired during the 2009 BET Awards.

Watch this thing make $75 million dollars and be nominated for a couple MTV Movie Awards.