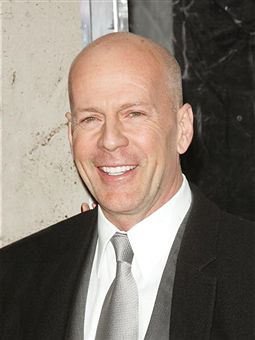 Willis happens to look nothing like what I imagine Gordon-Levitt will look like at age 55, but I suppose that’s a minor issue.

The title refers to hitmen from the future who travel back to the present to await victims who are sent through time to be executed. Once they’re killed, there’s no trace of the crime in the future. The project is not being shopped at Cannes but apparently buyers are "all over it."

Johnson has a lot to prove with this so-called "Terminator-esque" project, so let’s hope the time-travel elements don’t make the plot too convoluted, a word that could aptly describe Johnson’s first two films — "Brick" and "The Brothers Bloom."

Willis next appears briefly in Sylvester Stallone‘s future classic "The Expendables," and will soon star opposite Morgan Freeman, John Malkovich and Helen Mirren in the action film "Red." He’s scheduled to begin filming the videogame adaptation "Kane & Lynch" with Jamie Foxx in the fall.

Gordon-Levitt was busy last year with "G.I. Joe" and "500 Days of Summer," and the actor’s profile is set to be raised even higher as he co-stars with Leonardo DiCaprio, Marion Cotillard and Ellen Page in Christopher Nolan‘s sci-fi tentpole "Inception." In addition to "Looper," Gordon-Levitt recently signed on to play a distressed New York City bike messenger in David Koepp‘s action-thriller "Premium Rush."

• Meanwhile, Willis’ "Sin City" co-star Elijah Wood will produce the indie noir "Black Wings Has My Angel," based on an obscure 1953 Gold Medal pulp novel by journalist Elliott Chaze, according to the Hollywood Reporter.

The hard-boiled story follows an ex-convict who stages a daring armored car robbery in Colorado with the help of a call girl he picked up in a backwoods Mississippi motel. Alfonso "Poncho" Ulloa will direct the film and rewrite its adapted screenplay.

It’s unclear whether Wood will also star in the film, and messages to his representation at WME were not immediately returned.

Amaranth Film Partners and Indalo Productions are producing the English-language project with Wood and Christopher Peditto. 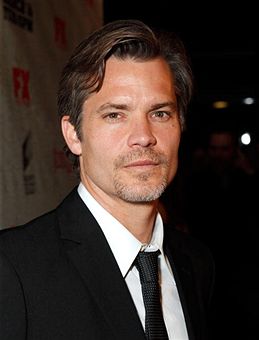 Variety reports that Copley was forced to bow out of the project due to upcoming press obligations for Fox’s "The A-Team," an assertion that WME also confirmed, but Film Drunk (a site I can’t really vouch for) claims that the real story is much funnier.

Apparently, Copley wanted to wear a prosthetic nose and fake ears like Spock to look like an actual alien in the movie, but director D.J. Caruso was adamant that the aliens were supposed to look like regular humans so that they’re able to fit in in the film’s high school setting.

Hard to believe Copley (who doesn’t exactly have the clout of Tom Cruise) would leave a DreamWorks project over such a silly disagreement. Looking like an alien would go against the entire plot of "I Am Number Four," so Film Drunk’s explanation makes little sense — but still, it had to be acknowledged.

Joe Carnahan‘s "The A-Team" looks B-A-D so it would be a bummer if Copley was forced out of a potentially cool DreamWorks movie just so he could be locked in a room with journalists asking him dumb questions about rumored "District 9" prequels/sequels and whether he felt any responsibility to honor Dwight Schultz‘s initial portrayal of ‘Howling Mad’ Murdock in the original ’80s TV series.