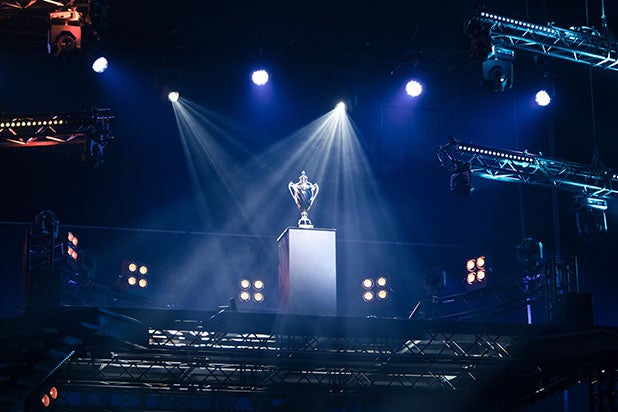 In our last post, we gave our view on possible future scenarios for eSports. It seems that the eSports space will ultimately be worth billions of dollars, but the industry needs to put up with some growing pains first, and that process may unfold in different ways.

Thus far, the clear winners in the eSports space have been game publishers and major distribution channels.

For example, Riot was valued at about $400 million in 2011 when Tencent acquired a majority stake. Since then, revenues have grown to about $1.6 billion in 2015. Recently, Riot stated that its pure eSports business (excluding in-game revenues) is not profitable but plays a crucial role in maintaining player engagement. In another example, Amazon acquired Twitch for approximately $970 million in 2014. In 2015, the streaming platform’s revenues rose to roughly $1.6 billion (prior to content creator share).

Traditional media companies can make their mark in the eSports space, but they need to choose one of three options for how they want to engage:

Traditional media companies looking to successfully enter the eSports space will need to ask themselves the right questions to determine what level of commitment they can assume, how large a share of the eSports market they want to pursue and what the opportunities are.

First, TV organizations must understand the long-term outlook for eSports and get comfortable with its inherent uncertainties. They then need to understand what their competitors are doing and identify the approaches that are most attractive for their organization.

The final step is to identify tangible opportunities. This involves assessing the overlap between the company’s consumer base and eSports enthusiasts, understanding the fit with the company’s broader strategy, quantifying the opportunity and evaluating partners.

Conducting analysis can help traditional media companies build a roadmap and catch the eSports train before it’s too late.

Here are more details on the questions to answer: 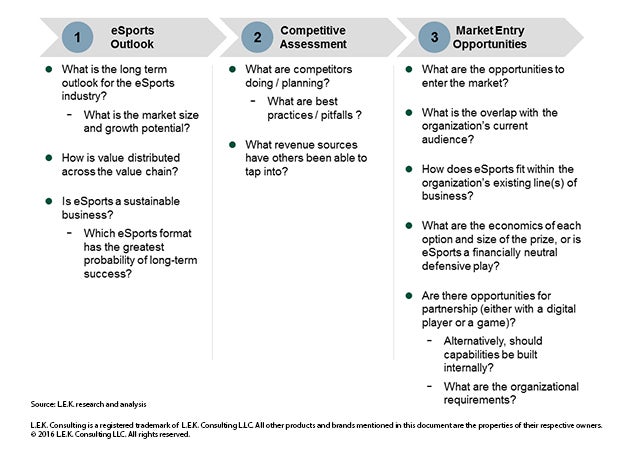 Our series of posts on eSports has aimed to help traditional media executives understand eSports and the opportunities it represents. This is certainly not a fad. While it is still in its infancy in the U.S., eSports will present an intriguing way for linear TV to attract millennials.

This is Part 6 in a series on eSports by Dan Schechter, Gil Moran and Francesco Di Ianni from L.E.K. Consulting’s Media & Entertainment consulting practice.