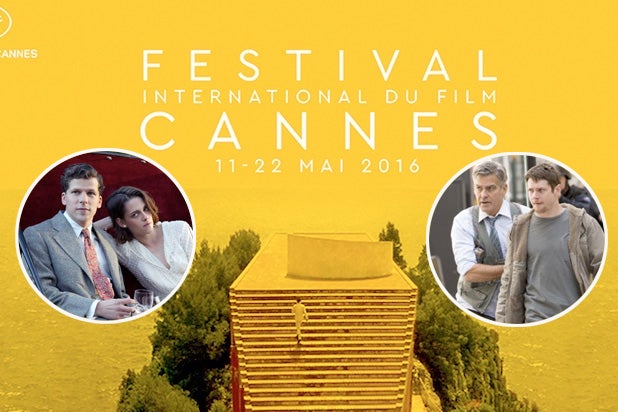 Welcome to the new, uneasy Cannes Film Festival, where artistry and commerce have suddenly come face to face with real-world problems like terrorism.

The world of cinema heads to the south of France every May looking for the answers to questions like “What awards contenders or box office hits will be launched?” and “What will win the Palme d’Or?” and “What big deals will be made?” and “Who’ll have the biggest, silliest promotional stunt?”

Amid increased security because of recent terrorist attacks in Europe, the 69th annual festival will proceed cautiously, hoping it can ignore the messiness of the outside world for at least two weeks. “The maximum is being done to strike the right balance so the Cannes Film Festival can remain a place of freedom and pleasure,” festival President Pierre Lescure promised at the press conference announcing the lineup in April.

Thirty years ago, a similar prompted by terrorist threats in the wake of a U.S. raid on Libya caused virtually every American star with a film in the festival to stay home. But there’s been little indication this year that security concerns are keeping many people away.

So Julia Roberts and George Clooney will be there for their Jodie Foster movie “Money Monster,” and Ryan Gosling and Russell Crowe for Shane Black‘s “The Nice Guys,” and Charlize Theron for Sean Penn‘s “The Last Face,” and Kristen Stewart for “Personal Shopper” and “Café Society,” and Marion Cotillard for “Mal de Pierres” and “It’s Only the End of the World,” and Woody Allen and Steven Spielberg and dozens of acclaimed international auteurs.

And under the watchful eye of increased security, they’ll walk the long stairs leading into the Grand Theatre Lumiere under the glare of thousands of flashbulbs, and they’ll bask in lengthy standing ovations — and maybe a few will even hear those infamous Cannes boos (though, to be fair, those mostly happen during press screenings and not the star-studded premieres).

And as long as things stay quiet, the focus will remain on the matters that dominate most of the time at Cannes. There will be grumbling about the lack of female directors — three in the 20-film main competition, others scattered throughout the other section and sidebars.

There will be the battle for awards between a handful of English-language movies — “The Last Face,” “Personal Shopper,” “Loving,” “American Honey,” “I, Daniel Blake,” “Paterson” — and the work of international auteurs less likely to attract mainstream American moviegoers but perhaps more likely to catch the eye of the jury headed by “Mad Max” director George Miller.

The British oddsmaker Paddy Power, for instance, currently has three co-favorites to win the Palme d’Or: French-Canadian director Xavier Dolan‘s “It’s Only the End of the World,” Romanian Cristi Puiu’s “Sierranevada” and Spaniard Pedro Almodovar‘s “Julieta,” all at 7/1 odds.

Those are followed by Romanian director Cristian Mungiu‘s “Bacalaureat” and two American films, Jeff Nichols‘ “Loving” and Jim Jarmusch‘s “Paterson,” all at 10/1.

Of course, the bookies haven’t seen any of the movies, and they’re hardly reliable: Last year’s Palme winner, “Dheepan,” wasn’t one of their top six picks when the festival started.

And on the deal-making side, Cannes will feature two huge question marks. Netflix and Amazon have been dominant players at recent film festivals like Sundance, aggressively pursuing movies and driving up the prices for traditional film-fest buyers like Sony Pictures Classics, IFC and The Weinstein Company.

The art-house wares on display in the biggest theaters at Cannes may not be obvious picks for Netflix and Amazon — but the latter company’s head of motion pictures, indie veteran Ted Hope, did tell TheWrap that his company would be looking for “this year’s ‘Son of Saul,'” the Hungarian movie that came out of nowhere at last year’s Cannes and ended up winning the Oscar for Best Foreign Language Film.

Cannes being Cannes, though, it’s not all about the movies that’ll screen at the Grand Theatre Lumiere. In the basement of the Palais, lots of deals will be made for less illustrious films — and more than a few deals that were already made will be announced as if they’re new, as buyers and sellers hope to capitalize on the Cannes dateline to get some extra attention.

But then, so will starlets and financiers and would-be producers and little fly-by-night companies and big outfits like Sony and DreamWorks Animation, which will hold parties and photo-ops for their animated movies “Angry Birds” and “Trolls” before the festival even kicks off.

It’s Cannes, simultaneously a temple of cinema and a three-ring circus of celebrity.

And even though this year’s festivalgoers may be looking over their shoulders a little more often than usual, it’s showtime.