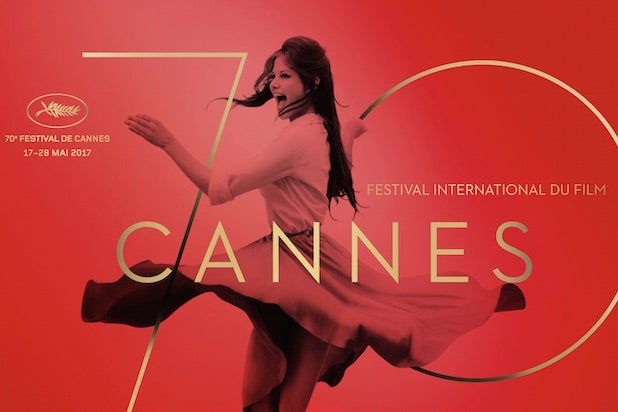 The major Hollywood studios didn’t bring their goodies, most of the top titles have already landed distribution deals and the decision to open the doors to a streaming company has given organizers headaches. But the Cannes Film Festival will welcome its 70th anniversary this week with enough movie stars and venerated international auteurs to put everyone along the Croisette in a festive mood.

Besides, last week’s election of centrist Emmanuel Macron over the far-right, closed-border candidate Marine Le Pen will give Cannes’ host country another reason to celebrate — because, let’s face it, France now gets to look progressive in front of an international movie-business crowd that has been unsettled by the Brexit vote in the U.K. and the election of Donald Trump in the U.S.

So this could be a happy Cannes, assuming the French security forces keep everything under control and the movies are good.

On that latter count, Cannes has assembled a formidable lineup of esteemed auteurs, without the kind of mainstream Hollywood fare that usually shows up in a couple of special screenings. This year has no “Mad Max: Fury Road” or “Inside Out” or “How to Train Your Dragon 2” — instead, the lineup is a showcase for the likes of Bong Joon Ho, Andrey Zvyagintsev, Michael Haneke, Naomi Kawase, Sergei Loznitsa, Francois Ozon and Claire Denis. Those are directors who don’t make the kind of movies that pack ‘em in at the multiplex, but they are are heavyweights in the world of international cinema, and Cannes has an unusually stacked lineup of them this year.

Sure, a few of the films in the Cannes competition will be aiming for mainstream attention. Todd Haynes is coming off the exquisite “Carol” with the period piece “Wonderstruck,” with Michelle Williams and Julianne Moore. Noah Baumbach has his first Cannes movie with “The Meyerowitz Stories,” with Ben Stiller, Dustin Hoffman and Adam Sandler (!) in an ensemble cast. Sofia Coppola has a new version of “The Beguiled,” putting a twist on the early-’70s Clint Eastwood potboiler by stranding wounded Civil War soldier Colin Farrell in a girls’ school populated by Nicole Kidman, Kirsten Dunst and Elle Fanning, among others.

In fact, Kidman will be a fixture on the Croisette this year. Actresses like Isabelle Huppert and Jessica Chastain have done double duty at Cannes in the past, coming on behalf of a pair of movies — but Kidman has, count ‘em, four films at the festival: “The Beguiled”; “Dogtooth” and “The Lobster” director Yorgos Lanthimos’ “The Killing of a Sacred Deer,” which will no doubt be deadpan and absurdist; John Cameron Mitchell’s “How to Talk to Girls at Parties,” the new film from the director of “Rabbit Hole” and creator of “Hedwig and the Angry Inch”; and Jane Campion’s TV series “Top of the Lake,” which will premiere six episodes in Cannes.

“Top of the Lake” did not make Cannes official selection without some controversy; the festival is a shrine to cinema, and its organizers were quick to point out that Campion and “Twin Peaks” mastermind David Lynch, both of whom are bringing episodes of their TV projects to Cannes, are actually movie directors who use the vocabulary of film.

Most festival-watchers let them slide on Campion and Lynch, but were not so forgiving about the two films that mark the debut of Netflix in the official selection. The problem is that Netflix won’t guarantee a French theatrical release for either “The Meyerowitz Stories” or Bong Joon Ho’s “Okja,” which has incensed French exhibitors.

After much complaining and some fruitless negotiating, the festival put out a press release saying that while they won’t kick out the Netflix movies, they won’t let films in the competition in the future unless they’re guaranteed a stint in French theaters.

Will that hurt those films with the jury? One suspects that president Pedro Almodovar and jurors Jessica Chastain, Will Smith, Paolo Sorrentino, Maren Ade and others don’t really care too much about distribution plans or disgruntled Paris theater owners.

The bigger challenge will be for the Netflix films to get past the rest of the competition in the battle for the Palme d’Or. Sight unseen, Michael Haneke’s “Happy End” has to be the closest thing to a Palme favorite, since the rigorous Austrian director has won that award for his last two films, “Amour” in 2012 and “The White Ribbon” in 2009.

But it’s foolish to count out Russian director Andrey Zvyagintsev, who is following the acclaimed Oscar nominee “Leviathan” with “Loveless”; or Ruben Ostlund’s “The Square”; or Sergei Loznitsa’s “A Gentle Creature”; or “Wonderstruck” or “The Killing of a Sacred Deer” or many others.

Screenings begin Wednesday night, with 19 films in the running for the Palme. Hope springs eternal even for such risky ventures as “The Beguiled” or “The Artist” director Michel Hazanavicius’ “Reboutable,” in which he dares to dramatize an incident from the life of French cinematic icon and Cannes deity Jean-Luc Godard.

If Hazanavicius pulls that one off, Cannes will really have reason to celebrate.