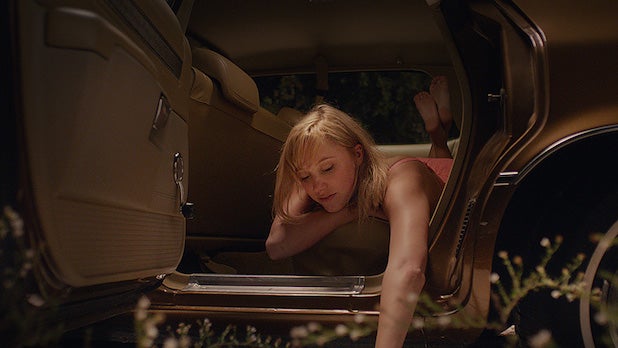 The film, which stars Maika Monroe (“The Guest”), was a critical hit at Cannes, where it screened as part of Critics’ Week.

“It Follows” concerns a teenager who after a strange sexual encounter, finds herself plagued by disturbing visions and the inescapable sense that something is following her.

“American horror has an extraordinary new voice in David Robert Mitchell. ‘It Follows’ is an inspired gift for horror fans everywhere. Both haunting and beautiful, it’s sure to be considered one of the best indie horror films in over a decade,” said Radius co-president Tom Quinn.

“It’s great to be working with such a dynamic company like Radius. I’m really excited for audiences to see this film. I hope it leaves a lasting impression in the form of nightmares and a general sense of dread,” added Mitchell, who previously directed “The Myth of the American Sleepover.”

This will be the second time Radius has picked up the American favorite at Cannes after securing rights to breakout hit “Blue Ruin” last year. Radius also bought “When Animals Dream”out of Critics’ Week this year.

Quinn and Jason Janego negotiated the deal with Cinetic, in conjunction with Jen Dana, on behalf of the filmmakers.