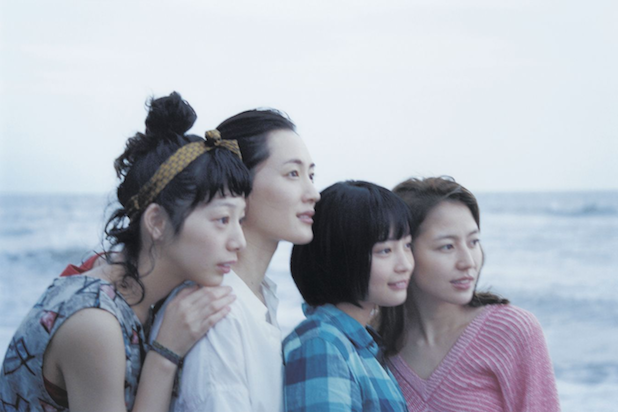 Sony Pictures Classics has acquired North American rights to Kore-eda Hirokazu’s “Our Little Sister” (“Umimachi Diary”), one of the first films to screen in competition at this year’s Cannes Film Festival.

The deal was announced by SPC on Thursday, after the earliest screenings of the film but before its official Cannes premiere that night.

According to the Sony Classics press release, the film was acquired from Wild Bunch, a longtime partner of SPC. Although Sony Classics co-chief Michael Barker told TheWrap before the festival that “Our Little Sister” was one of the films he was most looking forward to seeing in Cannes, the acquisition marks the first collaboration between SPC and Kore-eda.

The synopsis, from the SPC release: “Written and directed by Kore-eda, ‘Our Little Sister’ is the story of three sisters – Sachi, Yoshino and Chika – who live together in a large house in the city of Kamakura. When their father – absent from the family home for the last 15 years – dies, they travel to the countryside for his funeral, and meet their shy teenage half-sister. Bonding quickly with the orphaned Suzu, they invite her to live with them. Suzu eagerly agrees, and a new life of joyful discovery begins for the four siblings…”

“‘Our Little Sister’ is a perfect match for Sony Classics and we’re really grateful that Wild Bunch and Gaga have entrusted us with this special film,” said Barker and Tom Bernard in the press release.