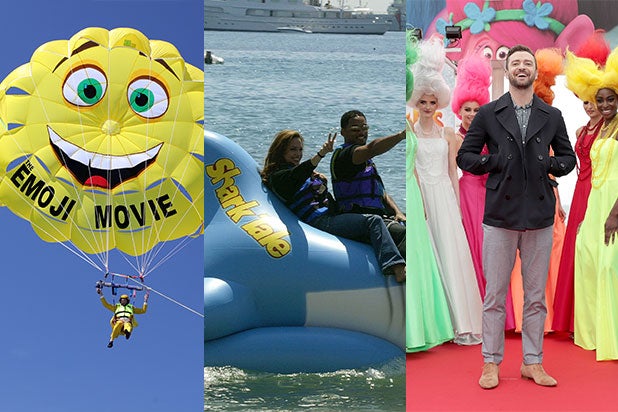 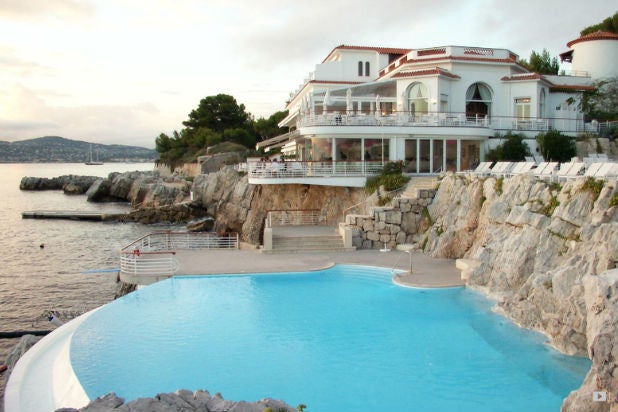 Faux “Terror Raid” to Promote OraxyGuests at Hotel du Cap Eden-Roc got a surprise visit by men outfitted in militia-themed gear last year, who approached the hotel by boat. It was a publicity stunt for the Paris-based Oraxy, which describes itself as “the world’s first private global marketplace reserved exclusively for UHNWI,” or Ultra High Net Worth Individuals. 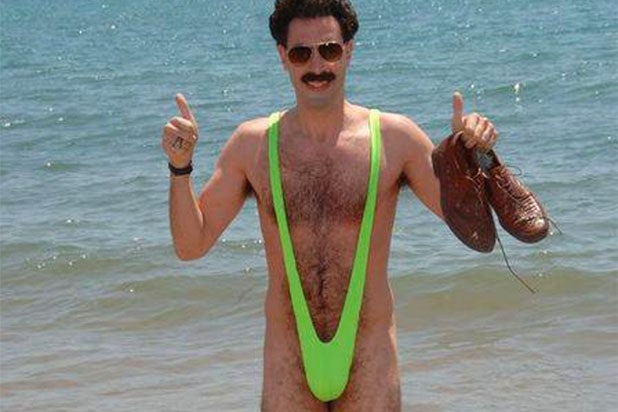 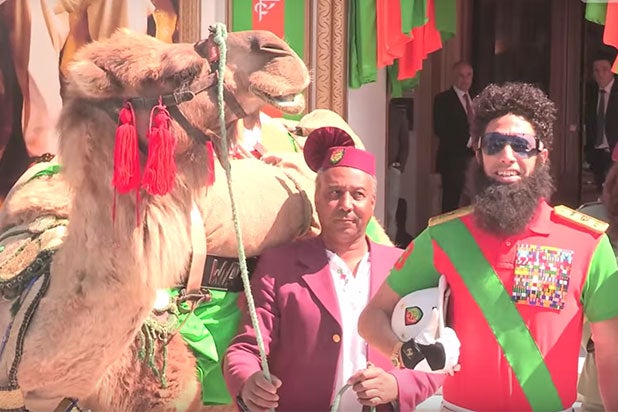 YouTube
Sacha Baron Cohen Brings a CamelIn 2012, “The Dictator” actor turned up with two model bodyguards and a camel. He even managed to fall off the camel, which bore a license plate with “Wadiya 1” on it – a reference to the fictional North African Republic of Wadiya, where “The Dictator” was set. 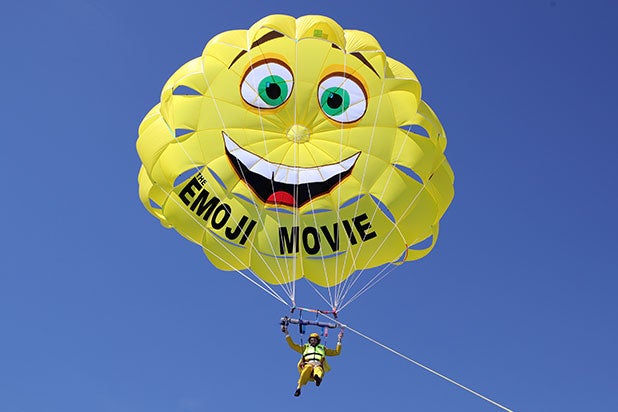 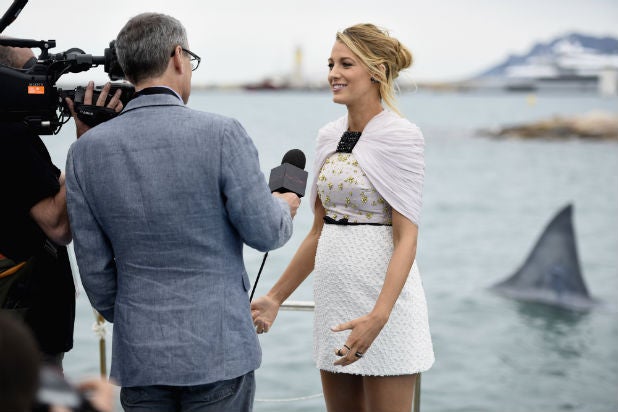 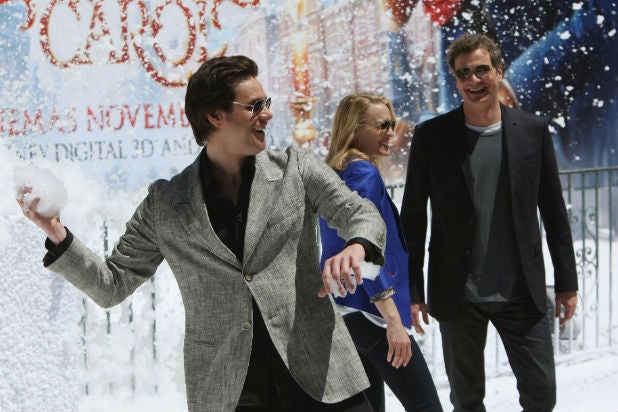 Getty Images
Faux Snow for "A Christmas Carol"Disney tapped Jim Carrey for a new version of “A Christmas Carol” in 2009 — and decided to bring the holiday spirit to Cannes by covering the Croisette with snow. Not the best example of reading the room or, in this case, the luxurious French beach town in the middle of May. Shout out to Robin Wright and Colin Firth in the background for looking horrified at the faux snowball fight. 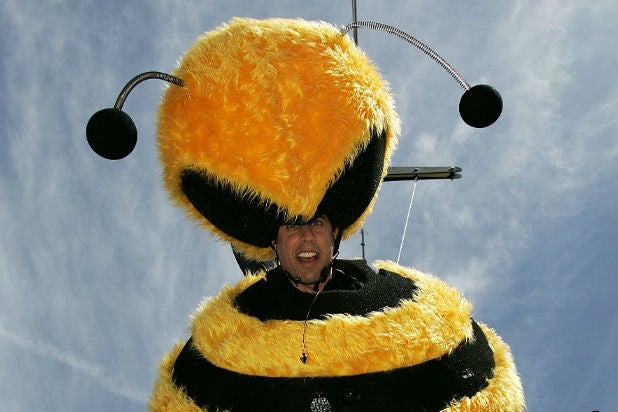 Getty Images
Jerry Seinfeld Flies In to Promote "Bee Movie"In 2007, Jerry Seinfeld took Cannes by air to promote his big animated push for Disney, for which he served as writer and star and recruited pals like Chris Rock. His giant bee costume might have been worse than his notorious “Seinfeld” puffy shirt. 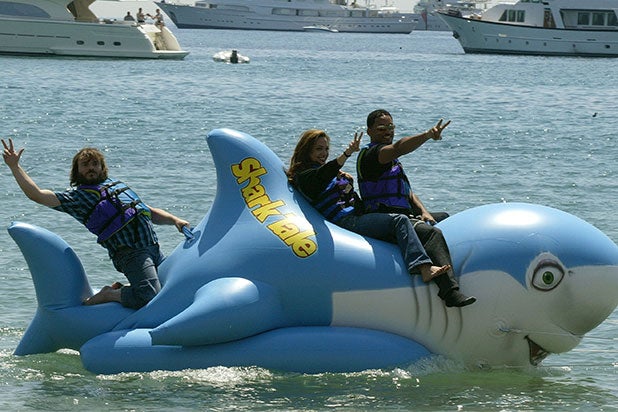 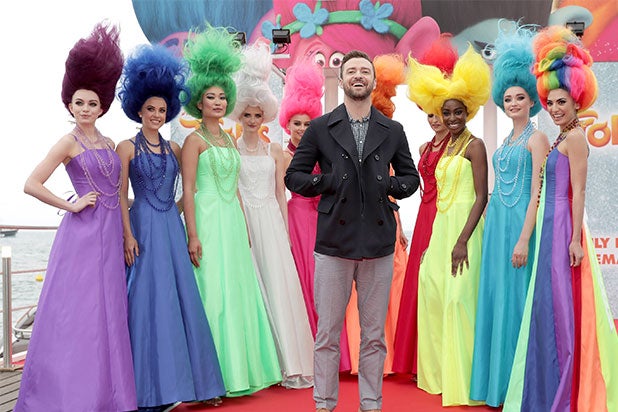 Getty Images
"Trolls" WigsAnna Kendrick and Justin Timberlake promoted "Trolls" in 2016 with an array of women wearing bright-colored outfits and wigs reminiscent of the costumes in the movie. Also, they're all in gowns -- a play on Cannes fashion? 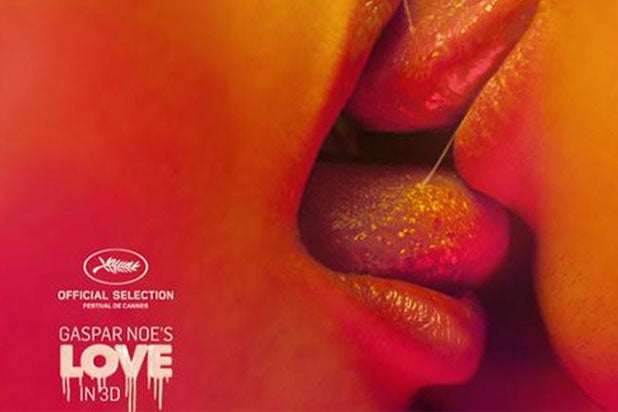 Gaspar Noe’s Graphic Makeout Posters to Promote “Love”Gaspar Noe at first shocked -- and then satisfied -- critics with his depiction of sex on film. He was praised for depicting the joyous and fervent act and staying mostly out of the realm of straight-up pornography. Promoting the film, however, was a different story. Producers wallpapered Cannes in posters of a saliva-covered triple kiss and an NSFW image of a penis and a woman's breast after climax. 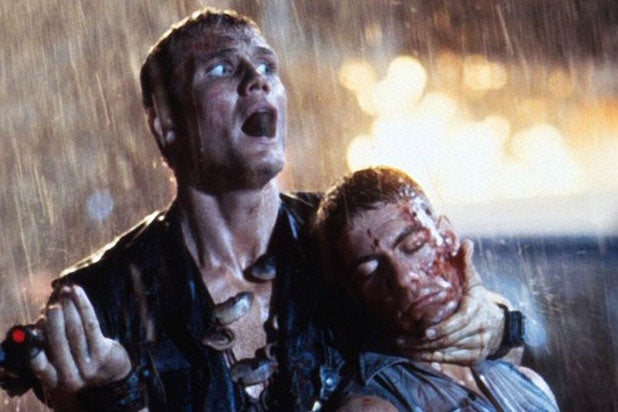 TriStar
Dolph Lundgren, Jean-Claude Van Damme Hold Impromptu Stage FightBoth "Universal Soldier" actors held a stage fight on the steps of a famed staircase in 1992. Many believed it was real, but Lundgren told The Hollywood Reporter that it was planned. 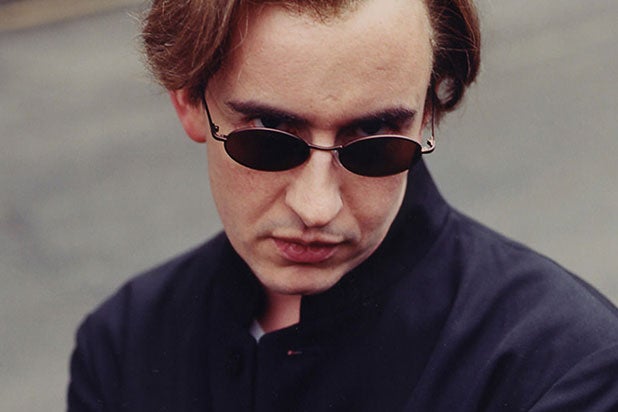 Film4
Dead pigeons for "24 Hour Party People"In 2002, actors impersonating the band Happy Mondays mimicked a scene of the movie by throwing fake dead pigeons from the beach onto unsuspecting victims, who believed thousands of dead birds were falling from the sky, the BBC reported. 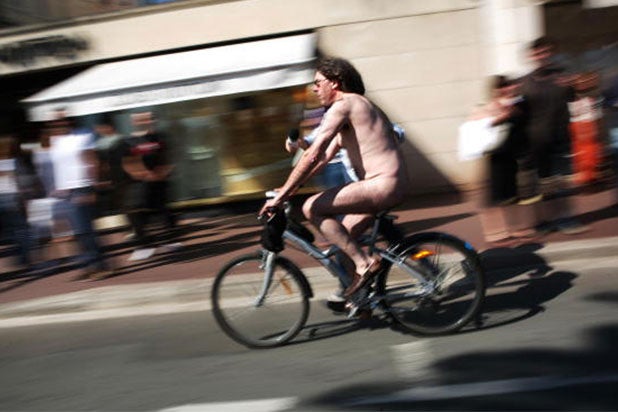 Getty Images
Naked Bike RidesFelix van Groeningen, the filmmaker behind “The Misfortunates,” decided to recreate a scene from his film where a dysfunctional family rides bikes in the nude. Just hours before a press conference, the director and his team disrobed and flew down the Croisette in the buff. A staffer on a motorcycle followed with their underwear, in case French police got a gander at them.
x
Looks like you're enjoying reading