Chase Carey, the CEO of DirecTV (DTV), is being tapped to become the second in command at News Corp (NWS), replacing Peter Chernin when he steps down after the end of his contract in June, according to executives familiar with the conversations. 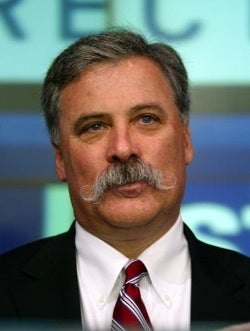 Executives inside and outside News Corp said that Carey, who has held several top management positions at News Corp in addition to being a former director there, was chairman Rupert Murdoch’s top choice to replace Chernin.

Carey would be the company vice-chairman rather than president, as Chernin was, and would be based in New York.

“The deal is essentially done between him and News Corp,” said one person close to the discussions. The resolution will depend on whether DirecTV will allow Carey out of his contract, which is up at the end of this year.

That situation may be complicated by the fact that the major stakeholder in DirecTV, John Malone’s Liberty Media, is seeking to spin out his company’s nearly-50% stake in the company and sell it to the public.

But the discussion to recruit Carey represents a shift in what Murdoch said was his post-Chernin management plan at the media and entertainment giant.

News Corp initially said it would not be replacing Chernin, and Murdoch reshuffled the management structure to give more responsibility to his current executives, including expanding the oversight of Twentieth Century Fox film executives Tom Rothman and Jim Gianopulos, promoting Peter Rice to run entertainment at Fox Broadcasting under Tony Vincequerra, and bringing on Jon Miller to run Fox Interactive.

But people familiar with Murdoch’s thinking said that he did not originally think he could convince Carey to leave DirecTV, where he is CEO, to take a lesser position at News Corp. Additionally, DirecTV, which had revenues of $16.6 billion last year, currently has a market cap higher than that of News Corp.

Murdoch has been courting Carey practically since Chernin informed him that he would not stay on beyond his contract early this year. And Carey is said to be interested in returning to a company that was once his home, and that has a more diverse, and more interesting set of assets to run than DirecTV, a digital satellite  entertainment giant.

Carey, CEO at DirecTV since 2003, is credited with aggressively expanding the reach of the satellite service company in the DVR space, in recruiting high-definition TV customers and in keeping a high-value set of sports properties on its network.

Carey’s contract at DirecTV is up at the end of this year; Chernin will transition into a producing role on the lot at the end of June, after two decades at the company.

Though Carey has been at DirecTV since 2003, Murdoch considers him a News Corp insider. News Corp was a majority shareholder in DirectTV until about 18 months ago, when the company sold its stake.

Carey had served in multiple top management roles at News Corp in the 1990s and beyond. He was the CEO of Fox Television from 1994 to 2000, and was a co-chief operating officer of Fox Entertainment Group from 1998 to 2002. He also served as President and CEO of Sky Global Networks in 2001 and 2002.

Carey led initiatives such as the launch and growth of Fox Sports, the expansion of the Fox Television Stations group, the emergence of Fox cable channels, and the building of satellite platforms in Europe, Asia and Latin America. Prior to News Corp. he was employed at Columbia Pictures in senior capacities.