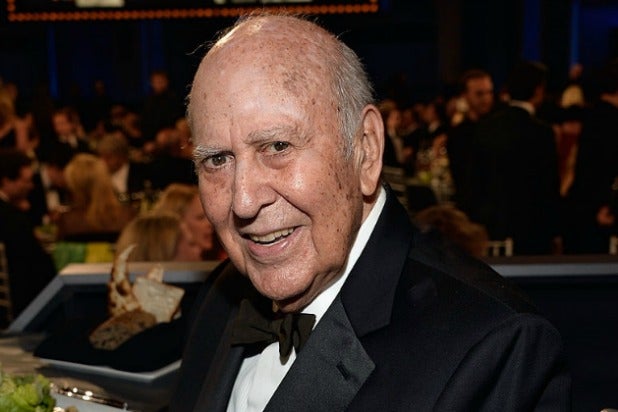 When the 95-year-old comedian’s name started trending on social media Friday afternoon, Twitter went berserk, fearing the worst. But rest assured, Reiner is not dead. Via an op-ed in The New York Times, he was merely reaching out to Supreme Court Justice Anthony Kennedy to wish him an early happy 81st birthday … and to plead with him not to retire.

“As someone who has almost a decade and a half on you, I can tell you this: It may well be that the best part of your career has just begun,” Reiner wrote. “As a nonagenarian who has just completed the most prolific, productive five years of my life, I feel it incumbent upon me to urge a hearty octogenarian such as yourself not to put your feet up on the ottoman just yet. You have important and fulfilling work ahead of you.”

Reiner went on to acknowledge that “problems” arise as one gets older, but called upon Kennedy to continue to serve.

“How would you feel, while reading your newspaper, seeing a headline that read ‘Roe v. Wade Overturned’? Do you see how this could ruin a good meal? A good life? A great country?” Reiner asked.

Reiner’s open letter was promoted on social media and his name began to trend. There you have it. But just the site of his trending name caused a freak out — followed by a universal sigh of relief.

Here are just a few of the posts to illustrate our point:

That moment when you see Carl Reiner is trending and you get upset and worried then you find out why and it's ALL GOOD. pic.twitter.com/8z8bCTJmtY

Nothing to see here except a truly outstanding letter from 95-yr old Carl Reiner to 81-yr old Justice Kennedy: https://t.co/p6JLudaify

It is always best to listen to Carl.

11 Directors Who Followed in Their Dads' Filmmaking Footsteps (Photos)

As Alfonso Cuaron’s son Jonas marks the opening of his film, “Desierto,” TheWrap looks at other directors who took their dads’ career lead