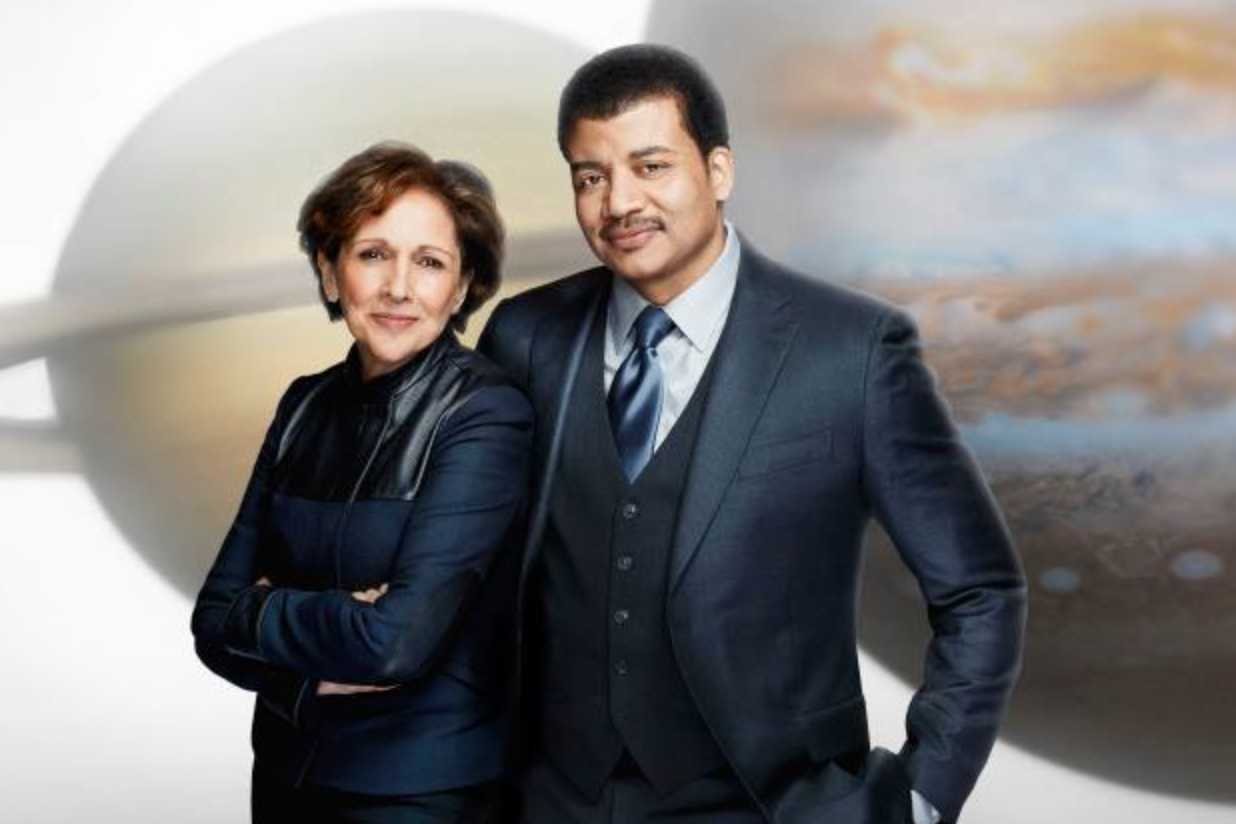 FOX and National Geographic Channel have set a two-night premiere for “Cosmos: A Spacetime Odyssey,” to air March 9 and 10, the networks announced Monday.

The premiere will start at 9 p.m. ET Sunday March 9 on FOX. The same episode will air with extra footage and special features on National Geographic channel on March 10 at 10 p.m.

Hosted by renowned astrophysicist Neil deGrasse Tyson and executive produced by Seth MacFarlane and Ann Druyan – who wrote on this and the original series – the 13-episode series is being billed as a reimagining of the 1980 Carl Sagan classic. Original co-writer and astronomer Steven Soter also writes on the reboot.

Like its predecessor, “Cosmos: A Spacetime Odyssey” explores the origin of life in the universe but utilizes modern technology and tells new stories about the “heroic quest for knowledge.”

“The series invents new modes of scientific storytelling to reveal the grandeur of the universe and re-invent celebrated elements of the original series, including the Cosmic Calendar and the Ship of the Imagination,” the networks said in a statement.

“The most profound scientific concepts are presented with stunning clarity, uniting skepticism and wonder, and weaving rigorous science with the emotional and spiritual into a transcendent experience.”