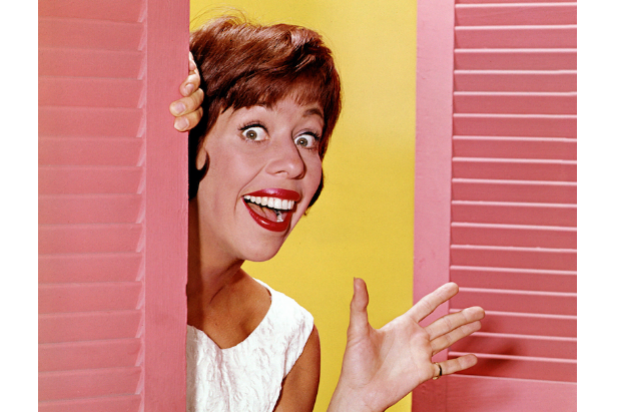 A “Carol Burnett Show” marathon is just what the doctor ordered to cure the coronavirus doldrums, and thanks to Shout! Factory TV, that dose is ready for your taking on May 30 (we’ll get into that later). Although the legendary funny lady and her cast of crazies gifted the world with bringing laughter into the homes of million at times when the country was in turmoil, she tells TheWrap that there was one sketch that, with a tweak of their performances became “devastating” in its seriousness.

The year was 1974. It wasn’t exactly a calm time in the country; we were in the midst of the Vietnam War, Richard Nixon just resigned, and Patty Hearst had been kidnapped. “The Carol Burnett Show,” in Season 8, had never gotten political nor pulled from headlines of the day for their sketches (ala “SNL”). “That’s not what I was interested in as far as a performer,” Burnett told TheWrap. “I wanted to make people laugh and I wanted to bring music and guest stars and the rep company and just do a musical comedy review once a week.”

But on this one particular show that had the incomparable Maggie Smith as guest, “it got a little more serious,” Burnett said. The sketch had Eunice (Burnett), Ed (Harvey Korman) and Mama (Vicki Lawrence) heading to parent’s day for the littlest Higgins, Bubba.

“I remember one time we did a family sketch with Maggie Smith, where she was our Sunday school teacher, who called us into the schoolroom to talk about how our son Bubba was a bully,” Burnett recalled. “And then, of course, the whole sketch reveals that she finally realizes why this kid is so troubled — it’s because of this family.”

Burnett remembered that during rehearsal that week, someone suggested that try doing their sketch without their characteristic southern accents and hyperbolic delivery. When stripped down, the result, she said, “was devastating.”

“Before we were going to take, one of us said, ‘You know, just for fun, let’s do a run-through of this without doing the accents and without going over-the-top, let’s do it. Like it would be for real people, you know?’ And we did. And it was, it was devastating.” (You can watch that sketch here.)

Looking back at the show that aired from 1967-78, Burnett looks back and can safely say, “The thing that I’m the proudest of as far as the career goes, is that we were able to, for a while, whatever it was make people laugh and maybe forget some of their troubles even for a moment.”

Forty-two years later, she’s still making people laugh. For those who didn’t get a chance to see “The Carol Burnett Show” the first time around or the others, who just want to step back in time and escape into the humor again, now you can. On June 1, Shout! Factory TV will begin airing all 11 seasons and will kick things off by celebrating the release with a weekend-long marathon on May 30-31. The marathon can be viewed on ShoutFactoryTV.com; Shout! Factory TV’s Roku, Amazon Fire, Apple TV, and Android apps; and the following digital streaming platforms: Twitch, Samsung TV Plus, Comcast Xfinity, Xumo, YouTube, Redbox, Vizio, Pluto TV, IMDb, and STIRR.

“Our show was never topical, so it holds up,” Burnett said. “I dare anybody to look at Tim and Harvey doing the dentist’s sketch and not lose it… and that’s over 40 years old.” Go ahead. Watch it here. She’s right — you’ll lose it.

“I’m so grateful,” she added. “I mean, it tickles me when I think of what we did 52 years ago when we started it and that people still laugh. That does, that, that makes me feel good.”

"The Elephant Story": How's this for a crazy visual -- a monkey dancing the merengue on elephant Siamese twins connected at the trunk? Carol Burnett, Vicki Lawrence and Dick Van Dyke tried so hard not to crack up… but it just was not possible.
View In Gallery