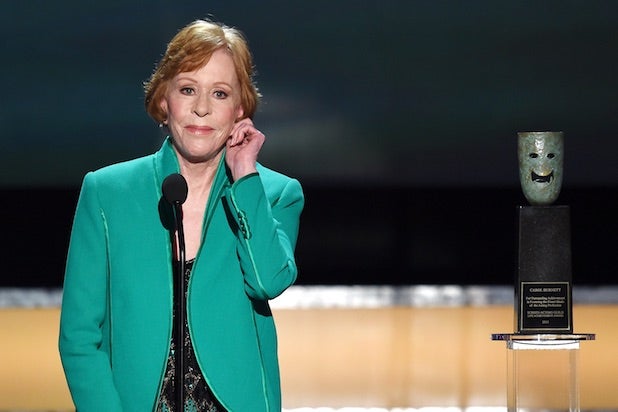 Carol Burnett is set to star in a new comedy pilot ordered at NBC.

“Household Name” is written and executive produced by Michael Saltzman and follows a family who has an opportunity to buy the house of their dreams but under extremely abnormal circumstances: they must live with the previous owner, an eccentric, larger than life actress (Burnett).

Also Read: 'The Goldbergs' Spinoff Picked Up as Pilot by ABC

The pilot pickup comes on the heels of ABC picking up a 1990s set spinoff of “The Goldbergs,” and joins previous comedy pilots including a buddy cop comedy produced by Elizabeth Banks, “Libby & Malcolm,” from Vijay Patel and “Black-ish” creator Kenya Barris, and “Raised by Wolves,” from “One Mississippi” and “United States of Tara” creator Diablo Cody.

On the drama side, the network has the time-travel refugee drama “The Crossing,” the magician crime drama “Deception,” an untitled Shondaland legal drama and a Reba McEntire-led dramedy from “Desperate Housewives” and “Devious Maids” creator Marc Cherry.