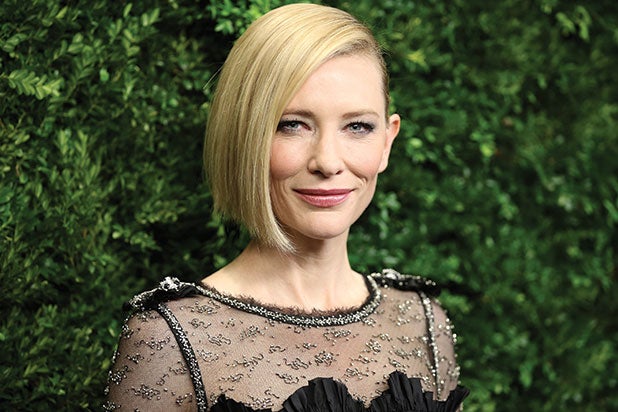 Cate Blanchett is promoting her movie, “Carol,” which is hitting theaters this Friday, but says it seems silly to talk about a movie while there are bigger, more complicated issues in the world.

“Here we are, talking about a film, and sometimes you’re given the opportunity to make something that, dare I say, is about an important subject, and make a film that lasts,” she told the Daily Beast on Wednesday.” But I’m not in Beirut, I’m not in Paris, and I’m not in a leaky boat on the Mediterranean. Those are the real issues.”

“I can’t speak for everybody, but also on my mind are the people in Beirut, and the millions of people who are fleeing out of Syria and around the world,” she said. “It’s a very complicated global issue, and I think the situation with the millions of refugees has become even more complicated.”

The interview also prompted the Australian actress to talk about the gender pay gap in Hollywood, an issue that has been criticized by various other actresses like Jennifer Lawrence.

“Everyone, the media, talks about actors’ wages,” she added. “I don’t know a single actor who got involved in this to make money. If you’re good at your job and you continually work, and you work on different sizes of films, you can eke a living out of it, and that’s fantastic. But you don’t want that conversation to eclipse the creative conversation, which is at the heart of what we do.”

“A film like ‘Carol’ is wonderful and Todd Haynes, because of his endless creativity and the fact that he’s been an artist for so long, can make films on a shoestring and still make them extraordinary,” she explained. “But women want access to different sizes of projects and want their work to be seen in the multiplex.”

Adding, “It’s very rare that a woman will be given a fully-funded film when she doesn’t have a big track record, because people don’t want to take that risk,” Blanchett stated that female directors are just not getting the same opportunities as male directors.