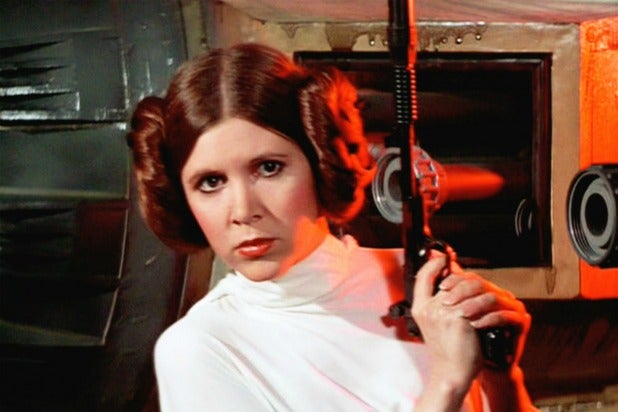 We’re less than a year away from the release of “Star Wars: Episode IX,” and with it, the release of the final footage of the late Carrie Fisher as General Leia Organa. And the actress’ brother, Todd Fisher, says he and his family are “thrilled” by how director J.J. Abrams is sending her off.

In an interview with “Good Morning America,” Fisher said that Abrams is using several minutes of unused footage Fisher filmed prior to her death to give Leia a role in how the new “Star Wars” trilogy will end.

“There’s a lot of minutes of footage. I don’t mean just outtakes,” he said. “This is unused, new content that could be woven into the storyline. That’s what’s going to give everybody such a great kick. It’s going to look like it was meant to be. Like it was shot yesterday.”

“We’re not allowed to talk about the details of anything, but we’re thrilled at what’s been done.”

This past Thursday marked the second anniversary of Fisher’s death, with the actress’ family and “Star Wars” co-stars honoring her on social media. Luke Skywalker, himself, Mark Hamill, honored Fisher’s sense of humor with a picture of her dressed as the Virgin Mary while raising her middle finger and sitting with her beloved dog, Gary.

“It makes me so happy to know how overwhelmed & touched she would be by the worldwide outpouring of love & affection for her today,” he tweeted.

It makes me so happy to know how overwhelmed & touched she would be by the worldwide outpouring of love & affection for her today… ❤️#AlwaysWithUs #CarrieOnForever #KeepMovingThingsAreBoundToBeImproving pic.twitter.com/JdAMjWwtPl