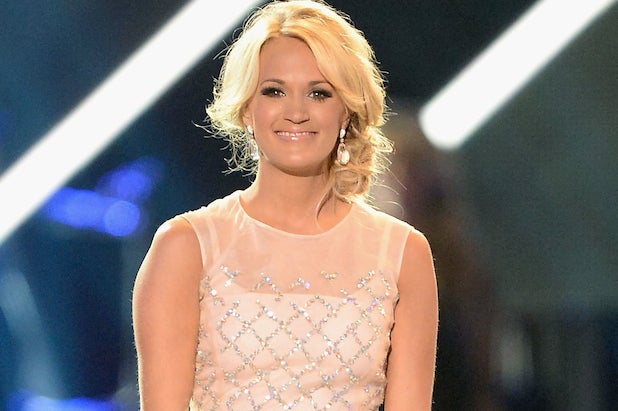 Carrie Underwood will perform during a tribute to 1963 at the close of the 65th Annual Primetime Emmy Awards on Sunday, executive producer Ken Ehrlich said on Wednesday.

The segment will honor television milestones of that year, including the assassination coverage of President John F. Kennedy on Nov. 22 and the pop culture explosion of Beatlemania. The Beatles’ first U.S. appearance was on Ed Sullivan’s primetime program on Feb. 9, 1964.

Six-time Emmy nominee Don Cheadle host the segment; Underwood will wrap up with a performance paying homage to the music that defined the era.

The segment will honor the first year that more people got their news from television than from newspapers, the year the FCC approved the use of the remote control and the year that network newscasts were expanded from 15 minutes to 30, according to a press release.

“To have an opportunity to look back at a time that represented television’s finest hour in a program that celebrates so many of this year’s achievements is what makes the Emmys special,” Ehrlich said in a statement.  “We are certain that viewers will enjoy this special tribute.”