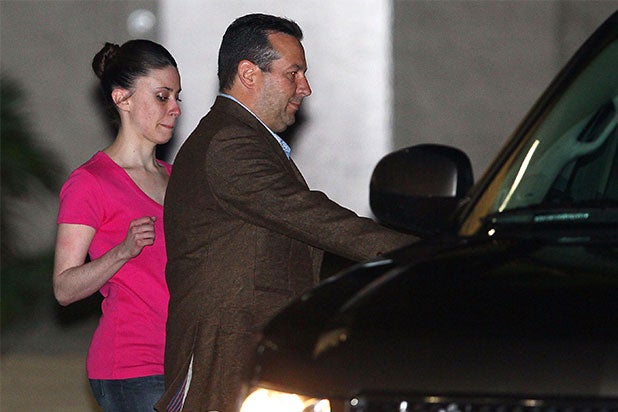 Almost nine years after her daughter went missing, Casey Anthony still insists she doesn’t know what happened to Caylee Anthony and that she sleeps “pretty good at night.”

“Caylee would be 12 right now. And would be a total badass,” she told The Associated Press, the first time Anthony spoke to a media outlet about her daughter’s death and the subsequent trial. “I’d like to think she’d be listening to classic rock, playing sports.”

However, talking about Caylee’s last moments, Anthony said, “I’m still not even certain as I stand here today about what happened.”

She said that “based off what was in the media” she understands “why people have the opinions that they do.” Anthony could not account for a month in which her child was missing, and her defense involved an accidental drowning for which there was no eyewitness testimony.

It’s been six years since Anthony was acquitted of the charges against her. In 2008, Caylee’s body was found by a meter reader. In 2011, her mother Casey was found not guilty of the murder, after having been accused of suffocating Caylee with duct tape and dumping her body in the woods. Casey Anthony was, however, convicted of providing law enforcement officers with false information.

According to the AP, the government couldn’t establish how Caylee had died and they couldn’t find her mother’s DNA on the duct tape. The jury took less than 11 hours to find Anthony not guilty of first-degree murder, aggravated manslaughter and aggravated child abuse.

Anthony now admitted she lied to police — about being employed at Universal Studios, about leaving Caylee with a babysitter, about telling people Caylee was missing and about receiving a phone call from her daughter the day she was reported missing.

Even though the lead defense attorney during the trial, Jose Baez, suggested Caylee had drowned and her father, George, had helped cover it up, Anthony insists she doesn’t know what happened.

“Everyone has their theories, I don’t know. As I stand here today I can’t tell you one way or another,” she said. “The last time I saw my daughter I believed she was alive and was going to be OK, and that’s what was told to me.”

But ultimately, Anthony doesn’t “give a s— about what anyone thinks… I’m OK with myself, I sleep pretty good at night,” she said.