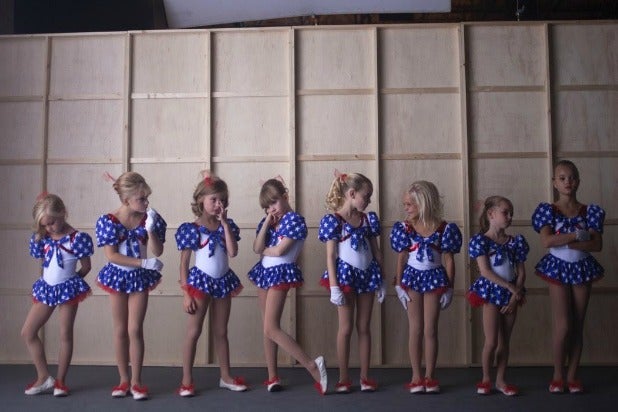 It’s a documentary about a famous murder, and the director interviewed dozens of people who are seen onscreen discussing the case and everything that surrounded it. So you know the kind of movie that “Casting JonBenet” is going to be, right?

Wrong. The film, which had its world premiere in Sundance on Sunday, is miles from a conventional doc. Those people that director Kitty Green interviewed are not experts or participants in the events of December 1996, when six-year-old JonBenet Ramsey was found beaten and strangled in the basement of her parents’ Colorado home. They didn’t know the Ramseys and they don’t have any particular expertise; instead, they are local actors who are auditioning to play the family in re-enactments.

We learn lots about the case in “Casting JonBenet,” but we don’t know if we can trust any of it. Mostly, we learn how people process information, how stories spread, how impressions form and how supposition can harden into certainty.

“Casting JonBenet,” it turns out, isn’t about JonBenet Ramsey at all. It’s about us.

That makes it a fascinating and perplexing piece of storytelling. At a time when voters are being accused of casting ballots on the basis of too little information, the men and women of Boulder have assessed guilt or innocence on the basis of conflicting theories, a bungled investigation and personal biases, and their musings make for a poetic but disturbing film.

The tricky task for Green was to form a real narrative out of this material, which she accomplishes partly by having the comments become more and more personal and revealing, partly by building toward a shifting fantasia of re-enactments in which all the conflicting theories play out on a single group of linked sets.

“Casting JonBenet” is a work of grace and beauty, but by the time it ends it may also have you questioning whether it’s right to turn the murder of a child into an art project.

Unsettling and unnerving, the film is also a bold attempt to do something new with the nonfiction format. (Not completely new: Green first used this approach with her last film, “The Face of Ukraine: Casting Oksana Baiul.”) And it uncovers truths, even if they aren’t the ones we’re expecting to find.