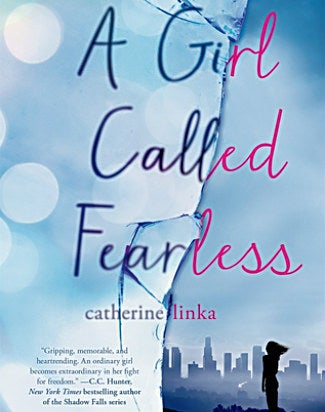 The production company has optioned the rights to Catherine Linka’s young-adult novel “A Girl Called Fearless” as well as its upcoming sequel, “A Girl Undone,” which is due out in March, with plans to develop the novels into a series.

“A Girl Called Fearless” is set in a contemporary America upended by the deaths of millions of women from a hormone in meat. Teenage girls are a valuable commodity “protected & contracted” by Paternal Controls. Avie Reveare knows her life is over when she is “contracted” in marriage to a millionaire as a political pawn. Persuaded by her true love, Yates, to flee to Canada, Avie is pursued by federal agents because of the dangerous truths she has uncovered about the US government.

‘”A Girl Called Fearless’ is a thought-provoking story about a patriarchal future America that is both frightening and romantic,” UCP’s executive vice president, development Dawn Olmstead said. “It’s in the sweet spot of the Young Adult genre, featuring a riveting female protagonist in the spirit of ‘Divergent’ or ‘The Hunger Games.’ We’re excited to enter this storytelling arena and to be developing Catherine’s story alongside the talented Amy Baer.”

The “A Girl Called Fearless” development project follows a number of other literary adaptations for UCP, including an adaptation of Len Grossman’s “The Magicians,” which has been picked up to pilot by Syfy.