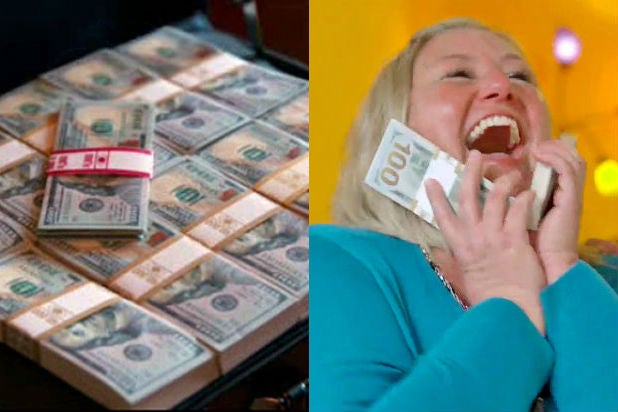 A petition to cancel the controversial new CBS reality show, “The Briefcase,” is quickly gaining momentum.

More than 13,000 people have signed the Care2 petition, demanding the network pull the plug on the series.

“This show is cruel and exploits the suffering of real families,” the petition reads. “Consider that CBS’ CEO makes $54 million a year. If CBS really wants to spotlight the hardships of America’s poor, it should donate outright, not exploit their suffering.”

Also Read: Larry Wilmore Rips CBS's 'The Briefcase': 'Way to Exploit the Underprivileged for the Sake of Ratings' (Video)

While CBS has not responded to TheWrap‘s request for comment, the show’s creator and executive producer David Broome has defended the show, saying it has been “mischaracterized.”

“The Briefcase,” which premiered on May 27, features struggling families who are knee deep in debt. Each family is presented with a briefcase containing $101,000. But before they can spend a dime, they are presented with a difficult, and some say controversial, choice: either keep the money or give all or part of it (the amount is up to them) to another family in need.

What the family doesn’t know is that the other family has also received a similar briefcase and instructions.

The premise touched a nerve with viewers who felt that the show was exploiting poor families for ratings.

A TIME article titled, “Why The Briefcase Is the Worst Reality TV Show Ever,” called the show “unethical, exploitative, and just plain wrong” adding, “these impoverished, hard-working people are given an unfair decision to make upon receipt of the ‘fortune.'”

The last episode of “The Briefcase” scored a 0.9 rating in the advertiser-coveted 18-49 demo with 4.74 million viewers tuning in.