CBS is calling the September-May TV season for itself in terms of primetime viewer averages — and there’s still four weeks to go. The traditional 2020-21 television season will be CBS’ 13th straight win in viewers and the network’s 18th win in the last 19 years.

Beyond the impressive streak, the emphasis should be on the word “traditional” — many networks years ago stopped considering September to May the “TV season” and instead focused on September to September. NBC, for one, has the delayed 2020 Olympics this summer, which will change everything. NBC also has “America’s Got Talent,” which rules the warmest months in entertainment show ratings.

CBS is calling September-May this early due to its current lead of nearly 1 million viewers Age 2 or older, per evening on an average basis, over its closest competition. 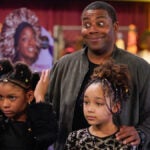 Of course, it’s not like CBS wins every night by 1 million viewers. Super Bowl LV, the post-Super Bowl premiere of Queen Latifah’s “The Equalizer” and Oprah Winfrey’s interview with Meghan Markle and Prince Harry gave the network a nice cushion.

Add in TV’s most-watched comedy, “Young Sheldon,” and its top news program, “60 Minutes,” and this was a call we could have pretty much made in September.

In addition to its primetime (8 p.m. to 11 p.m. Monday-Saturday, 7 p.m. to 11 p.m. Sundays) boast, CBS is averaging the most total viewers in late-night for the fifth straight season and is No. 1 in daytime for a whopping 35 consecutive years. 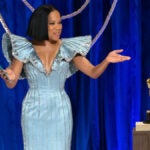 Right about here you’re probably wondering about the standings in the key demo for companies advertising on entertainment programming. In adults 18-49, Fox and NBC are currently tied for first place, both with a 1.1 rating. CBS, while behind with a 1.0, is the only network currently up from last year’s September-May season.

With that tie for first, it’s too early to call a winner for the traditional season in 18-49. We’ll say this though: Fox has “The Masked Singer,” NBC does not. Either way, CBS will not catch up.

The September-to-May season ends on May 26.

“In a season complicated by production delays and scheduling interruptions, it feels very gratifying to deliver another winning schedule, launch television’s biggest new hit and broadcast one of the most memorable prime time events in recent years,” Kelly Kahl, president of CBS Entertainment, said in a statement. “The performance of our amazing, premium quality series continues to dominate the network landscape, while adding valuable reach through the company’s many digital offerings.”