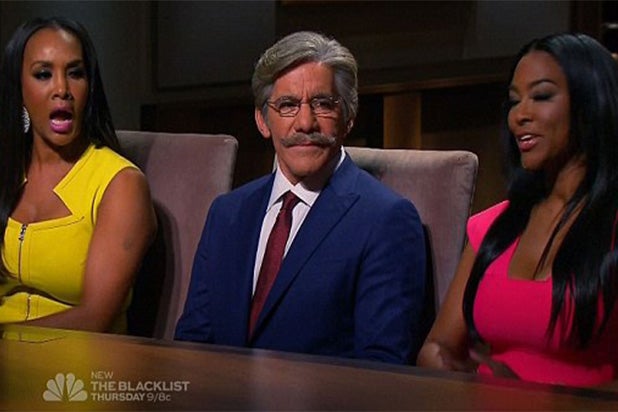 (Spoiler alert: Do not read on if you have not yet seen Monday’s episode on NBC’s “Celebrity Apprentice,” titled “Who Stole My Phone?”)

In the boardroom, Kenya brought up a tweet Vivica allegedly wrote discussing the actress’s menopause problems. Vivica claims her phone was stolen and accuses Kenya. And the actress wasted no time digging her claws into Kenya’s ego.

“That’s a dirty ass bitch. She has toxic tendencies. You are just a toxic trick,” Vivica said sternly.

“Oh my God, really? This is not the ghetto. Don’t take it there,” Kenya fired back.

“You’re there, honey. That’s the only place you can be prevalent in, honey,” Vivica advised. “Baby, I’m an international star. You’re a ghetto star. Don’t do that.”

“You lost because of your creativity. I put you over here to help this team,” Trump told Kenya. “You didn’t help the team. The executives didn’t like your idea.”

The termination brought a sigh of relief to Vivica, who shot down Kenya’s well wishes as she exited.

“I could care less. Bounce,” Vivica demanded. “Trick. She stole my phone. I’m glad they saw you for who the hell you are. Bye, trick.”

In the second hour, Trump caused his own drama by axing three contestants in a matter of minutes. It was an elimination one adviser, the late Joan Rivers, wasn’t prepared for.

First, the host axed Ian for his song mirroring the famous tune “La Cucaracha.” Brandi and Johnny had barely risen from their seats when Trump said, “I’m going to fire somebody else.”

Johnny went home for creating the jingle causing the team’s demise. Then, Trump fired Brandi for one reason: She was the project manager.

The callous eliminations leave Geraldo Rivera, Leeza Gibbons and Vivica to battle it out on next week’s finale.