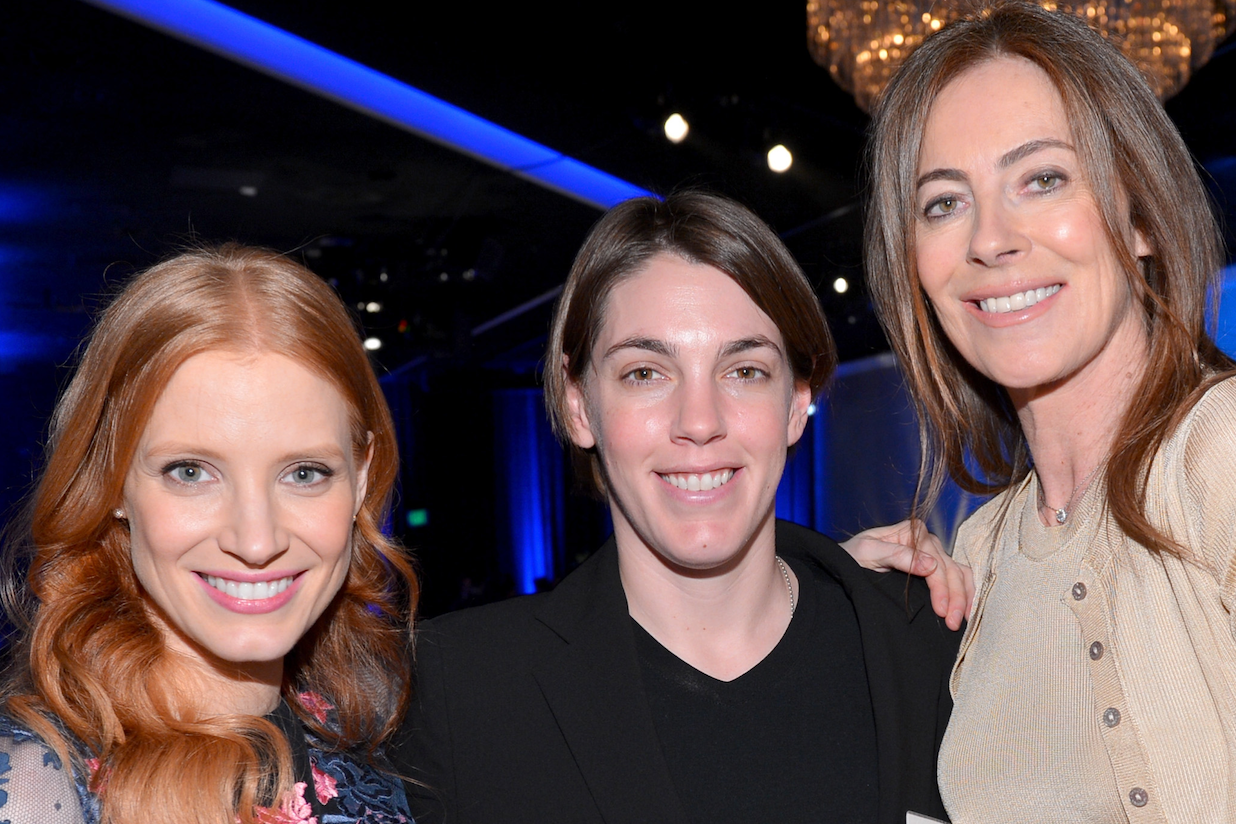 Golden Globes hosts Tina Fey and Amy Poehler had the audience roaring Sunday when they joked about sexism in Hollywood.

At one point, Poehler made a crack that Meryl Streep was “so brilliant in ‘August: Osage County,’ proving that there are still great roles in Hollywood for Meryl Streeps over 60,” and earned some of the loudest laughs of the night.

Her joke works because there is a great deal of truth behind the humor. A new “Celluloid Ceiling” study by San Diego State University’s Center for the Study of Women in Television and Film demonstrates the employment picture behind the scenes is also very bleak.

In fact, despite the success of a few notables such as “Enough Said” writer and director Nicole Holofcener or “American Hustle” producer Megan Ellison, the celluloid ceiling is actually getting harder to crack.

According to the 16th annual report, women represented only 16 percent of all directors, executive producers, producers, writers, cinematographers and editors on the top 250 grossing films domestically in 2013. That’s worse than 1998, when the center first began monitoring job numbers, and a drop of a couple of percentage points from the previous year.

“It’s stunning that the percentage of women working is actually smaller than it was in 1998,” Martha Lauzen, executive director of the center, told TheWrap. “In television we’ve seen slow, but incremental growth, but here there’s no evidence of improvement at all.”

Show-runners such as “Girls” creator Lena Dunham and “Orange Is the New Black” mastermind Jenji Kohan have made modest gains in the TV realm. For example, from 2012 to 2013 women made up 28 percent of creators, producers, directors, writers, editors, and directors of photography working on broadcast programs. That was an increase of two percentage points from the previous year and tied a historical high.

But progress is hard to detect on the big screen, where 36 percent of films employed zero or one woman in the kinds of jobs the center surveyed, while only two percent employed 10 to 13 women in those capacities.

Though Kathryn Bigelow shattered one resilient barrier when she became the first female to win a best director Oscar for 2009’s “The Hurt Locker,” women only comprised 6 percent of all directors working on last year’s top 250 grossing films.  Moreover, women accounted for 10 percent of all writers on those films and 15 percent of executive producers.  All of those categories represented a decline of three percentage points from 15 years ago. The only area where women saw modest increases in employment was cinematography where they jumped a point to 3 percent of the top grossing films.

For the first time Lauzen surveyed other behind the camera occupations to see if the situation was different. By far the best representation was found in production design, where 23 percent of all production designers were women. That was an increase of three percentage points from 2008, the last year that data was collected.

The few women who are in positions of power at movie studios are fully aware of the dire situation for women looking to break into the business.

As Sony Pictures Entertainment Co-Chair Amy Pascal told Forbes last year, “the whole system is geared for [women] to fail and we’re going to have to change a lot of what we do.”

Yet knowledge hasn’t always led to action, Lauzen noted. In fact, aside from Pascal, it’s rarely even inspired calls for change.

“In the last decade and a half, most of the calls for action have come largely from what you might call grassroots sources such as individual filmmakers or bloggers or women’s committees at various guilds,” she said. “For the most part the people at the top of the hierarchy who could change things have stayed silent.

“When you look at this, you could say that behind the scenes Hollywood is in a state of gender inertia,” she concluded.