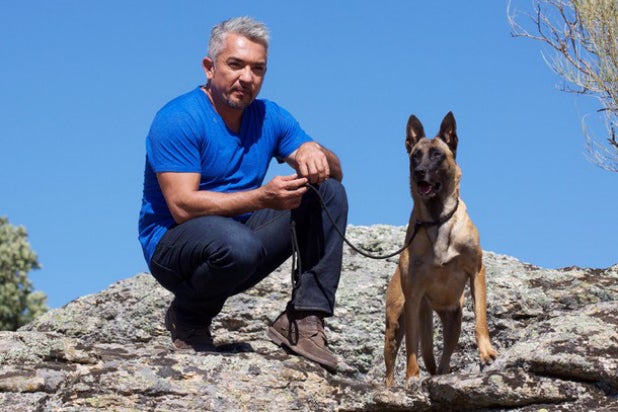 Cesar Millan is coming back for the bad dogs in new Nat Geo Wild series “Cesar 911” — and he’s only bringing Milkbones for the ones who “sit” and “stay.”

The new series, produced by ITV Studios America (“Hell’s Kitchen”) in association with Leepson Bounds Entertainment, premieres on Friday, Mar. 7, at 9 p.m. ET/PT on Nat Geo Wild and Nat Geo Mundo. It will debut internationally on Nat Geo Wild in April, billed as “Cesar to the Rescue.”

Each week, the “Dog Whisperer” is summoned by co-workers, relatives, friends and neighbors to take on a four-legged menace that is terrorizing their community. Millan will evaluate the situation and rehabilitate the problem dogs — as well as their humans.

See photos: 25 of the Most Adorable Critters From Animal Planet’s ‘Puppy Bowl X’

Each episode of “Cesar 911” will consist of two stories within one community. First, Millan will meet with the whistle-blowers to get briefed on the situation. He then evaluates both the dogs and owners through home, business and neighborhood locations where the dogs display their problem behavior. There, he’ll either get to work right on the spot, or relocate the troubled pooches to his Dog Psychology Center for more in-depth cases.

On the premiere episode of “Cesar 911,” “Family Feud,” Millan heads to Orange County to tackle black Lab mix Misty and Shiba Inu mix Auggie, who are biters. The following week on “Boss With a Bark,” Millan will take on a yapping Bichon Frise trio. On March 21’s “Dog Fight,” he’ll be called in to break up dog-agrressive Boxers and a nippy Chihuahua.