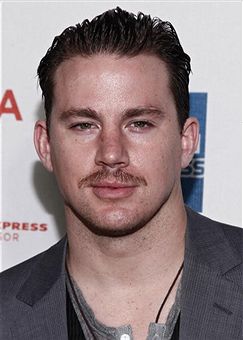 "G.I. Joe" hero Channing Tatum is attached to star in the romantic sci-fi epic "Ion," according to the Hollywood Reporter.

Will Dunn's original spec script is said to be generating interest from several studios, and 20th Century Fox is reportedly the lead contender to pick up the project through its label Fox 2000.

Scott Free's Ridley and Tony Scott are attached to produce the film, which follows a man who travels to different dimensions in order to find his reincarnated lover.

It sounds like "The Fountain" meets "The Time Traveler's Wife" with more fantasy elements and a little bit more muscle behind it.

Studio execs are reportedly comparing the scope and otherworldly elements of the script to — you guessed it — "Avatar," the $2.7 billion-grossing juggernaut.

"Ion" was apparently shopped around town last year but buyers were unwilling to bet on a risky sci-fi epic. Then "Avatar," not to to mention "Star Trek" and "District 9," changed everything. 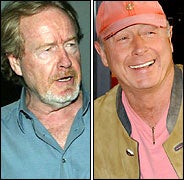 Scott Free was turned on to Dunn after reading the British writer's first screenplay, "Children of the Gun." This script didn't sell but it earned Dunn a meeting with Scott Free execs, who evidently really liked it, as the Scott brothers themselves helped Dunn further develop "Ion."

Tatum recently signed on to star opposite Rachel McAdams in the love story "The Vow." He's currently filming Ron Howard's "Cheaters," and next stars in Steven Soderbergh's action thriller "Haywire." He also stars in Kevin Macdonald's upcoming drama "The Eagle of the Ninth" and Dito Montiel's crime thriller "Son of No One."

Ridley Scott, whose "Robin Hood" recently grossed the $100 million mark at the domestic box office, is currently working on a prequel to 1979's "Alien."

Tony Scott is in post-production on the action thriller "Unstoppable," which stars Denzel Washington and Chris Pine. His last film was a remake of "The Taking of Pelham 1 2 3," and he's also attached to direct a remake of Walter Hill's "The Warriors," as well as the crime drama "Potsdamer Platz."