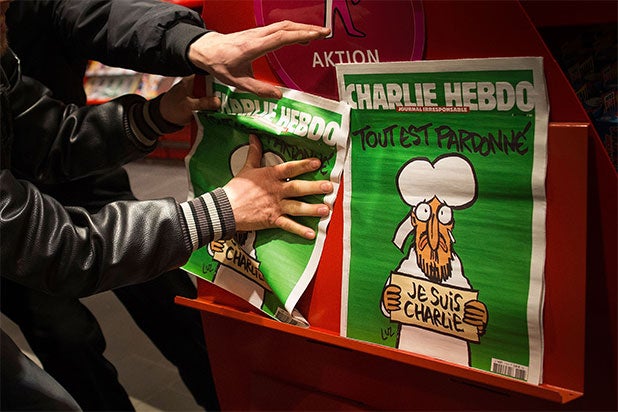 Satirical French Magazine Charlie Hebdo has made the decision to no longer draw cartoons that depict the Islamic prophet Muhammad in wake of January’s terror attack on its headquarters.

“We’ve done our job. We have defended the right to caricature,” top editor Laurent “Riss” Sourisseau told Stern Magazine in piece published this week. “We still believe that we have the right to criticize all religions. The mistakes you could blame Islam for can be found in other religions.”

Sourisseau elaborated to the German publication by reminding readers of Charlie Hebdo’s core mission, and that the cartoons merely represented a right to free speech. However, due to the tragedy the magazine will no longer publish cartoons of the sort.

Charlie Hebdo headquarters was attacked in January by members of ISIS in response to illustrations in the magazine that spoofed the Prophet Muhammad. Twelve people were killed in the attack.

A week after, Charlie Hebdo released an eight-page edition in 16 different languages with a cover featuring the Prophet Muhammad — the image the magazine was targeted at for publishing–with a single tear saying, “All is Forgiven.”

“Je Suis Charlie” has become synonymous with support of the newspaper and free expression after the the website of Charlie Hebdo went offline shortly after the shooting — when it became live again, it bore the phrase on a black background.

Mediaite reported that after the attack, multiple writers of the magazine had said that drawing Muhammad had become a painful subject for them.