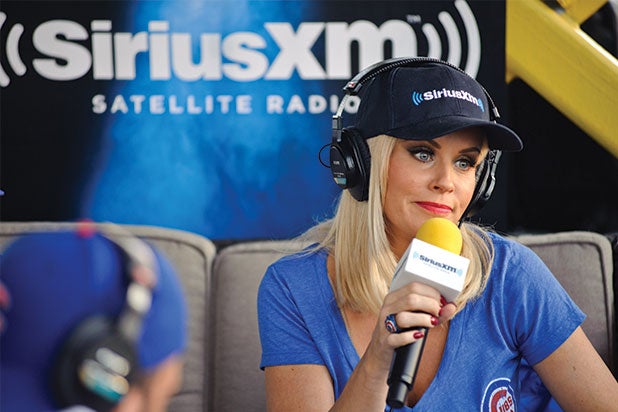 Jenny McCarthy made headlines earlier this week for comments about Charlie Sheen‘s HIV, and now she has clarified what she “took issue” with after her former “Two and a Half Men” co-star revealed his diagnosis.

“The point I raised about Charlie Sheen on my Sirius radio show, had nothing to do with whether or not I think he put me at risk,” she wrote on Twitter. “I simply took issue with the double standard in the industry. Every actress (and actor for that matter) must disclose hundreds of personal health matters before ever being allowed to set foot on a film set. Yet an actor who interacts physically with dozens of actresses in intimate scenes, is not required to disclose that he has HIV?”

In her lengthy statement, McCarthy raised the issue of gender equality, and stated that men should be required to do the same as woman in terms of disclosing all their health information before coming on set.

Also Read: Jenny McCarthy Blasts Charlie Sheen Over Belated HIV Revelation: 'How Could You Not Be Upfront?'

“I am very aware that HIV is not spread through kissing, but I also believe that if an actress has to disclose all of her business before kissing a male costar, the actor should be required to disclose something as major as an HIV infection too,” she continued. “His disclosures in his personal life are none of my business, and are for him to reconcile with the people he interacted with privately. I am not one of them.”

On Tuesday, the sitcom star revealed to Matt Lauer on NBC’s “Today” that he was diagnosed with HIV four years ago.

McCarthy, who played Sheen’s love interest for eight episodes of “Two and a Half Men,” blasted the actor on her SiriusXM radio show, saying he should have disclosed the information sooner.

“If I have to be upfront about a herpe how could you not be upfront about HIV?” she marveled about the 50-year-old sitcom star. “I look back and I’m like, ‘OK, that would have been some valuable information.’ I mean look how many people have played his love interest on the show.”