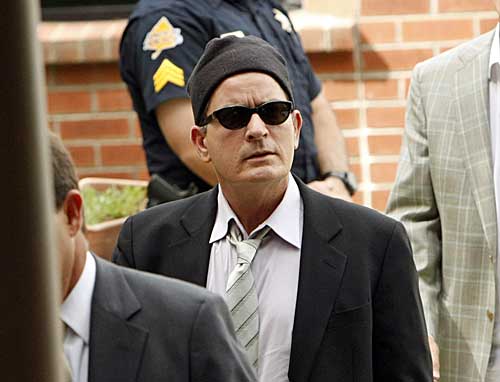 Despite what had seemed a signed, sealed and delivered plea deal, sentencing in Charlie Sheen’s Aspen domestic violence case has delayed until July 12.

According to Arnold Mordkin, the Aspen Deputy DA handling the case, the agreement "hit a snag."

Exactly what that is was not immediately clear.

"There was an unresolved issue between (Sheen’s) lawyers and the D.A.," a person close to the proceedings told TheWrap. "and it spilled over into today’s hearing." No further details were provided.

Requests by TheWrap to Richard Cummins, Sheen’s main lawyer, and the district attorney were not returned immediately.

While the July 12th date and a subsequent 30 day sentence doesn’t pose a threat to the filming of the next season of "Two and a Half Men," any further delays could start eating into the hit sitcom’s Fall shooting schedule.

In court, Mordkin said prosecutors "need more time than is available for us to complete some of the finer points" of the agreement.

It was widely expected that the "Two and a Half Men" star, who flew into Aspen from LA Monday, would plead guilty to third degree assault in Pitkin County District Court and begin serving his sentence. The case stems from an incident on Christmas Day, when Sheen’s wife Brooke Mueller called 911 to claim that the actor had a knife and was threatening to kill her.

The would-be deal, which as TheWrap previously reported has been works for week, was supposed to include 30 days in jail and community service teaching and coaching acting at Theatre Aspen.

Prosecutors were expected to drop criminal mischief and felony menacing charges. Mueller, who had asked prosecutors to drop all charges, approved the deal, said her lawyer Yale Galanter. Muller did not accompany Sheen to court.

The deal seemed so assured that on Sunday, Mordkin told TheWrap that Sheen, "has not gotten and will not receive any special celebrity treatment."

Sheen was expected to begin serving his 30-day sentence immediately. The actor, who has been taking anger management classes, was to be released from his 65 sqare-foot cell for about 12 hours a day to do his community service at Theatre Aspen starting Tuesday.

"He has offered to pretty much do what ever we need," Price said. "I don’t know if I’m ready for him first thing tomorrow morning but I’m sure we’ll find something for him to do, maybe sit in on a rehearsal.

Originally charged with menacing, a class five felony; criminal mischief, a class one misdemeanor; and second-degree assault — the latter reduced to third-degree assault in a Feb. 8 court decision — Sheen could face up to five years in jail if convicted on all charges.