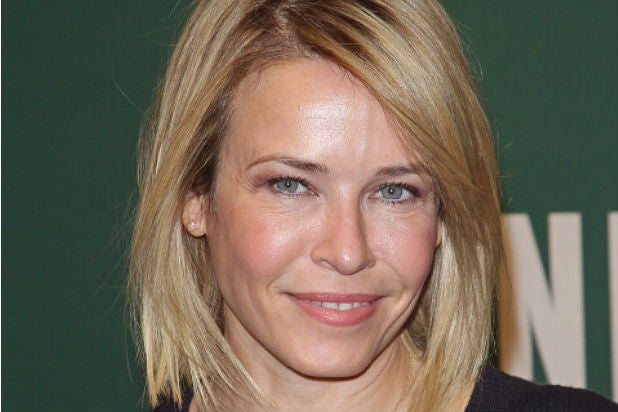 TheWrap is proud to announce that Chelsea Handler joins its first Power Women Breakfast in San Francisco as a featured speaker.

Author, comedian, host and entrepreneur, Chelsea Handler is a trail-blazing artist in many domains, not least as the only female to break into the otherwise male-dominated late night arena.

Handler is known for her multiplatform success as a talk show host, stand-up comedian and actress. As host of E!’s Chelsea Lately, Handler built one of the highest rated shows on the network. Handler is now busy preparing a set of four ground-breaking docu-comedy specials for Netflix that will launch in late 2015. A Netflix talk show will launch in 2016.

Handler will also be joined by speakers Kara Swisher, co-CEO and co-owner of Revere Digital and Ruth Vitale, Executive Director of CreativeFuture.

TheWrap is expanding its successful Power Women Breakfast franchise in 2015 to two new cities, San Francisco and New York, bringing together leading influential women of entertainment, media, technology and brands in key cities to network and connect. The franchise is building a broad community of professional women who are decision-makers and mothers, leaders and wives, innovators and activists. Each event brings inspiring speakers to talk about issues that relate to top women influencers.

The breakfast on May 8 will be hosted by TheWrap’s CEO and Editor-in-Chief, Sharon Waxman, and Senior Vice President of Industry Alliances of Box and Founder of Box.org, Karen Appleton.

The theme in San Francisco is “It’s Personal: The Future of Entertainment in a Tech-Driven World.”

In addition to her televised work, Handler is also a leading nonfiction author, with five bestselling books currently in print. She recently released her fifth book “Uganda Be Kidding Me” about her travels, which was her fourth book to debut at #1 on the New York Times Bestseller List. On March 28th, 2010, Handler had three books ranked at #1, #2, and #3 on the Bestseller Lists simultaneously.

Swisher is a leading authority on digital media and Silicon Valley and the co-founder of Recode.net and the related Recode conferences.Vitale is a veteran independent film executive and now leads CreativeFuture, a broad‐based coalition that includes film and television companies, independent production and financing companies, unions, guilds, talent agencies, and other members and supporters of the creative community.

The event is sponsored by Box, Bank of America and CreativeFuture, with media partner Bay Area Women in Film.