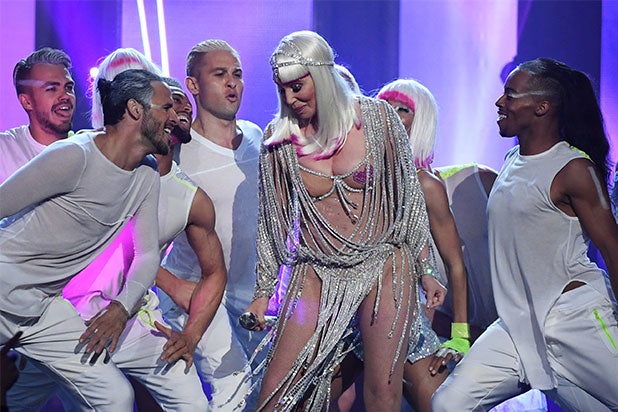 Cher announced this week that the musical based on her life will finally head to Broadway in 2018.

On Twitter, the Goddess of Pop announced there will be a “performance in theatre with actors, dancers, singers” and that it will be “on Broadway 2018.”

Just got off phone w/Writer & Director of musical. There Will ???? performance in THEATRE WITH ACTORS,DANCERS,SINGERS‼️
IT'll ????ON BROADWAY 2018

In 2012, the “I Got You Babe” singer tweeted that she would be collaborating with producers on a show based on her life story. The finished product will incorporate her catalog of pop hits.

“Its [sic] VERY SLOW PROCESS! been working on it quite a while now,” Cher tweeted. At the time, no date had been set. But the singer and actress said the show will have three versions of herself — one actress will play her through the “Sonny and Cher” years, one will portray her after she left their hit partnership and broke out on her own and the other will pick up after the “Believe” tour and take her into her present-day icon-dom.

Cher even joked that she may dust off some outrageous Bob Mackie outfits and take the stage herself.

According to Huffington Post, the musical will be directed by Jason Moore (“Pitch Perfect”) and Rick Elice (“Jersey Boys”) is set to write the book. Jeffrey Seller (“Hamilton”) and Flody Suarez (“Rise”) are producing.

In January, Cher tweeted her approval of the musical, writing, “I sobbed & laughed, & I was prepared not 2like it. Audience clapped after songs & gave it standing ovation.”

A representative for Cher has not yet responded to TheWrap’s request for comment.