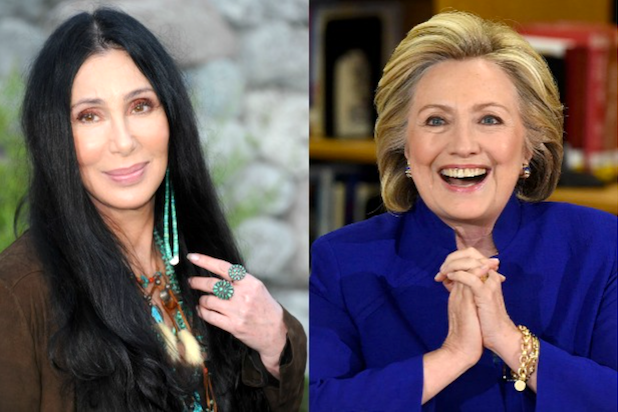 And you thought she was done touring.

Just days after the announcement of a big LGBT fundraiser headlined by Barbra Streisand in New York next month, Cher is getting ready to embark on a Hillary Clinton big gay fundraising tour in three different cities.

According to an invitation obtained by TheWrap, the latest addition to the tour will take place on uber gay Fire Island on August 20th.

Cher is hosting two more fundraisers for Clinton. Politico is reporting that the singer and Oscar winner is also making a stop in Miami Beach on August 19 for another Clinton LGBT-focused fundraiser. And on August 21, Cher will be in Provincetown, Massachusetts, where she’ll be joined by Clinton at a third fundraiser. Tickets are already sold out.

Tickets for the Streisand gala in New York start at $1,200, with limited availability, and go as high as $250,000. Donors who raise six figures get a meet-and-greet reception with Clinton.