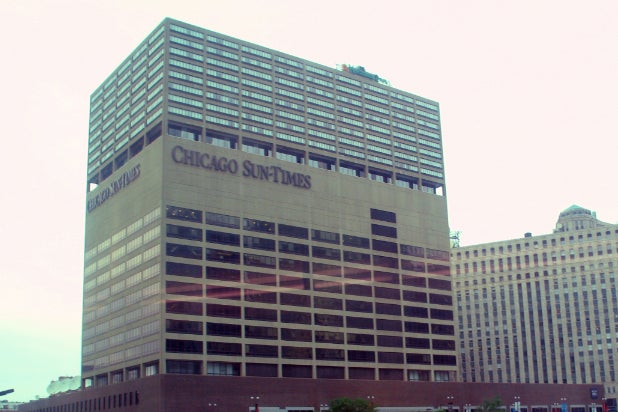 In an open letter to Chicago Sun-Times Chairman Michael Ferro Jr. Wednesday, veteran reporter David McKinney resigned after a critical report he wrote on Illinois gubernatorial candidate Bruce Rauner led his paper to try and demote him from him beat.

McKinney co-authored a story on Rauner’s hardball tactics, which included making threats to a staffer at LeapSource, which Rauner’s investment company GTCR owned. In a open letter titled, “Why I Left,” McKinney notes the Rauner campaign’s attempt to block the story, which included claims that McKinney’s wife, Ann, was working for a Super Pac trying to defeat the candidate. McKinney denied the claim, noting his wife was not working on the Governor’s race and was focused on out-of-state races.

Initially backed by Sun-Times publisher Jim Kirk, McKinney was soon pulled. “Yet despite such strong rebukes, two days later, I was yanked from my beat as I reported on a legislative hearing focusing on Gov. Pat Quinn’s botched Neighborhood Recovery Initiative,” McKinney wrote. “My reporting for that day was then removed inexplicably from the Sun-Times website.”

The veteran reporter was then asked to go on leave for a week, later offered different positions at the paper he considered demotions. The paper ultimately relented, putting him back on his beat, but placed restrictions on his reporting right away.

“Yet, on the first day back, I was advised I shouldn’t have a byline on a LeapSource-related story “right out of the gate” even though it was a legitimate follow-up to our initial story,” McKinney wrote. “While later relenting and offering me a contributing byline after I protested, the newspaper had failed an important test: It was not permitting me to do my job the way I had been doing it for almost two decades.”

The last straw for McKinney happened days later, when the Sun-Times walked back its two-year no endorsements policy, endorsing Bruce Rauner for Governor of Illinois.

“Readers of the Sun-Times need to be able to trust the paper. They need to know a wall exists between owners and the newsroom to preserve the integrity of what is published. A breach in that wall exists at the Sun-Times.It’s had a chilling effect in the newsroom. While I don’t speak for my colleagues, I’m aware that many share my concern. I’m convinced this newspaper no longer has the backs of reporters like me.”

“I disagree with Dave’s questioning the integrity of this newspaper and my role as editor and publisher,” Publisher Mark Kirk told Crain’s Chicago Business. “I call the shots. While I’ve been here, our ownership and management have never quashed a story and they have always respected the journalistic integrity of this paper.”