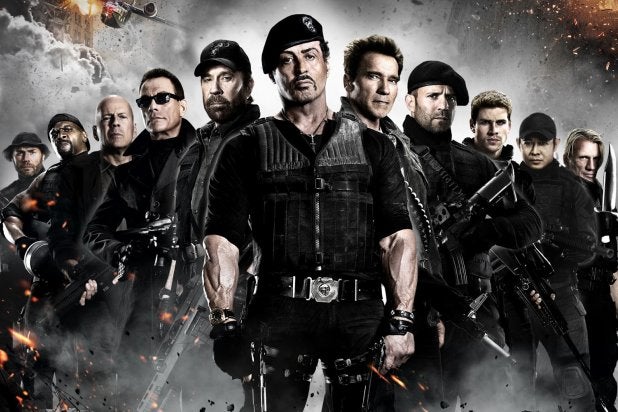 The Chinese conglomerate purchased 51 percent of the film production company behind the “Expendables” franchise valued at $100 million, both Recon and Millennium announced on Thursday.

Millennium was founded by Avi Lerner and Trevor Short in 1996.  It was reported earlier this month that the company was in talks to be acquired by Recon.

“We are excited about our new partnership with Recon Holding led by Tony” said Lerner and Short in the announcement. “China is emerging as the world’s largest market for premium filmed entertainment, and we see enormous value in placing the Chinese market at the forefront of our global strategy. Our films have experienced considerable success in China and in other markets around the world, and we feel there is significant value in partnering with an astute, experienced, and well-connected partner to help us execute our long-term strategy of making commercial movies for the global market place.”

Millennium also produced “Olympus Has Fallen” and Jason Statham’s “The Mechanic,” the latter of which was a huge box office hit in China. A mega-star in the far east, Statham will lead upcoming Chinese-U.S. co-production “MEG,” which is slated for a March 2018 release.

According to its own website, the independent film company has more than 300 movies to its credit in two decades of existence. Millennium now produces, finances and handles international sales for five to eight star-driven movies per year, generally with budgets between $20 million and $80 million.

In January, it was announced Mark Gill, the former president of Millennium Films, stepped down.

Buying into Hollywood has been a big trend for top Chinese companies over the last few years, with the billions invested by Wang Jianlin’s Dalian Wanda Group leading the charge.

The deal is expected to close during Q2 of 2017. Millennium Films was advised by The Raine Group and Latham & Watkins LLP. Amir Malin of Qualia Capital also provided advice and counsel. Recon Holding was advised by China International Capital Corporation and David Eisman of Skadden, Arps, Slate, Meagher & Flom LLP.