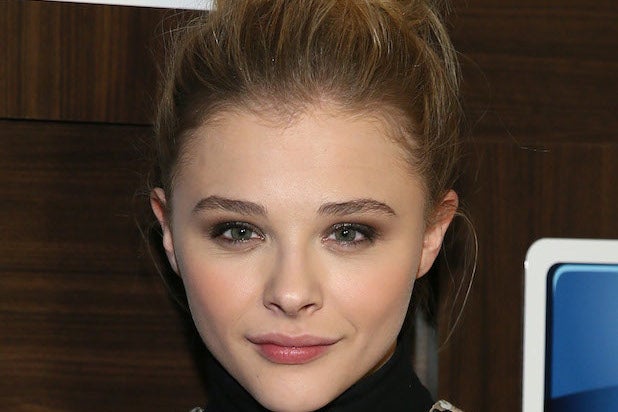 Sony Pictures is turning to a familiar face to anchor its YA franchise “The 5th Wave,” as Chloe Moretz is in final negotiations to star in the adaptation of Rick Yancey’s popular novel, TheWrap has learned.

Moretz starred in the “Carrie” remake that Sony-owned Screen Gems released last year, and she’ll soon be seen opposite Denzel Washington in Sony’s thriller “The Equalizer,” which has been testing so strong that the studio already hired screenwriter Richard Wenk to work on a sequel.

J Blakeson (“The Disappearance of Alice Creed”) is directing “The 5th Wave” from a script by Susannah Grant (“Erin Brockovich”).

Moretz is nearing a deal to play Cassie Sullivan, who survives four waves of deadly attacks against the Earth’s population. On the run to save her younger brother, 16-year-old Cassie meets a mysterious young man who may become her final hope.

GK Films acquired rights to the project back in March 2012 when it purchased a proposal for a young adult trilogy from author Yancey, whose novel was published in May 2013 by Penguin. Sony is co-financing and distributing.

GK Films principal Graham King will produce with Tobey Maguire and Matthew Plouffe of Material Pictures. Sony executives Hannah Minghella and Andrea Giannetti are overseeing the project for the studio.

Moretz has a quartet of diverse movies in the can, including the Keira Knightley comedy “Laggies,” the Charlize Theron thriller “Dark Places,” MGM’s drama “If I Stay” and Olivier Assayas’ indie “Clouds of Sils Maria,” which stars Juliette Binoche and Kristen Stewart.

Moretz, whose casting has been rumored since mid-March, is represented by WME and Jackoway Tyerman.