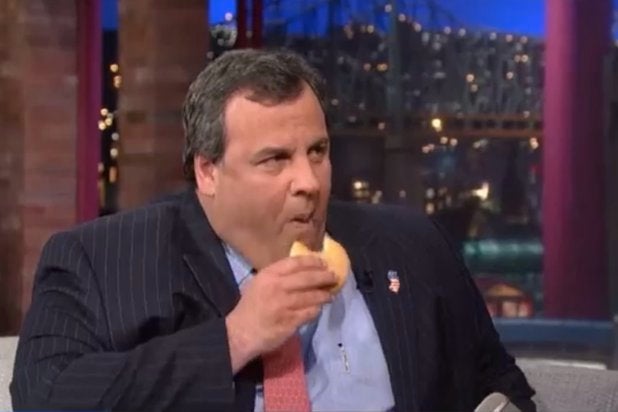 Christie used the classic fake out technique to burn Letterman on Twitter on Wednesday, and endorsed Colbert’s upcoming reign over the CBS late-night show in the process.

Colbert, who appeared on “The Late Show” on Tuesday night, hasn’t been kind to Christie, either. The Comedy Central star ripped the “future-former Republican frontrunner” earlier this year on “The Colbert Report” for his Bridgegate scandal, while noting it was the first time in Christie’s career that political pundits were referring to him as “petty” and “small.”