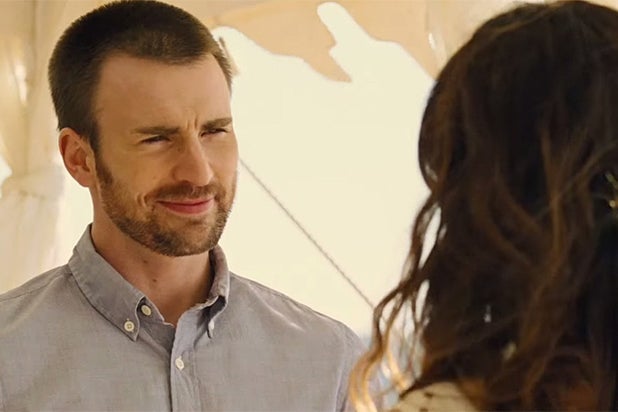 Chris Evans and Michelle Monaghan‘s romantic comedy “Playing It Cool” will be released in the US by Vertical Entertainment, the company announced Wednesday.

The film follows the story of Evans’ character, who goes only by “Me,” a young man disillusioned by love, who meets a woman known only as “Her” (Monaghan), at a charity dinner by pretending to be a philanthropist. Only one problem: she’s engaged. Yet, he still embarks on a platonic relationship to be able to keep seeing her. Like a young Walter Mitty using the power of imagination and wild vignettes, “Me” will stop at nothing to conquer “Her” heart.

“We are looking forward to working with Chris Evans and the rest of the cast for the U.S. release of ‘Playing It Cool,'” said Vertical Co-President Mitch Budin in a statement. “We think audiences will appreciate the unique storytelling and the honest intimacy between Chris Evans and Michelle Monaghan, which will challenge moviegoers to redefine the way they see love and happiness.”

“Playing It Cool” was directed by Justin Reardon from a script by Chris Shafer and Paul Vicknair. Vertical is eyeing a first quarter 2015 release.