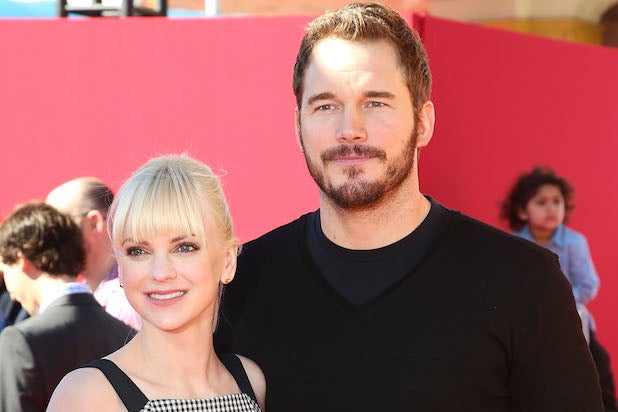 Real-life husband-and-wife Chris Pratt and Anna Faris are attached to star in “Vacation Friends,” a comedy that Steve Pink is in early talks to direct from a spec script by siblings Tim Mullen and Tom Mullen, an individual familiar with the project told TheWrap.

Broken Road’s Todd Garner will produce the project, which 20th Century Fox recently acquired in a deal worth nearly $1 million.

Also read: Chris Pratt vs. Andy Dwyer: How Similar Is the Actor to His ‘Parks and Recreation’ Character? (Video)

In the vein of the 1991 Bill Murray comedy “What About Bob?,” story follows a straight-laced couple vacationing in Mexico, where they meet a wild couple (Pratt and Faris) who keeps them entertained all week. However, when the couples return from vacation, Pratt and Faris’ characters want to keep the party going and prove difficult to get rid of.

Pink developed the project with Garner and plans to do a pass on the Mullen brothers’ script.

While Pratt and Faris are both busy with their respective TV shows “Parks & Recreation” and “Mom,” the duo plan to shoot this during their next hiatus.

Pratt, whose feature career is due for a boost with this summer’s Marvel movie “Guardians of the Galaxy,” is preparing for the lead role in Universal’s “Jurassic World.” He’s repped by CAA and Mosaic, while Faris is repped by WME and Anonymous Content.