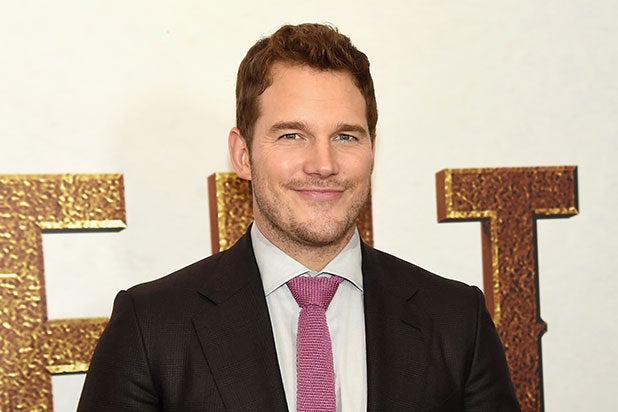 Chris Pratt has a reputation of being one of the nicest guys in Hollywood, but he’s not afraid to call out a fan for being a jerk.

When the “Guardians of the Galaxy” star arrived at Los Angeles International Airport recently, he had no problem signing autographs and even weighed in on the Angelina Jolie-Brad Pitt divorce that has shocked the world (“I’ll pray for them, man. That’s too bad.”), but didn’t appreciate one fan “cussing him out.”

“You should be nicer,” Pratt said during the confrontation captured by TMZ. “You got a cross on your chest and you’re cussing me out. I just made you guys a bunch of money right now. C’mon, man. Don’t be a jerk.”

Pratt’s car took off, leaving the mob of fans and paparazzi behind.

Pratt will next star in Antoine Fuqua‘s “The Magnificent Seven,” which hits theaters on Friday, and in “Passengers” alongside Jennifer Lawrence (for which the trailer dropped yesterday). After that, he will star in “Guardians of the Galaxy Vol. 2,” in which he will reprise his role as Peter Quill a.k.a. Star-Lord.