Chris Rock will become the first artist to perform live on Netflix for the platform’s first-ever live, global streaming event. The comic actor’s upcoming special, due in early 2023, will be the inaugural such event, with additional details yet to be announced.

“Chris Rock is one of the most iconic and important comedic voices of our generation,” Netflix VP of stand-up and comedy formats, Robbie Praw, said in a statement. “We’re thrilled the entire world will be able to experience a live Chris Rock comedy event and be a part of Netflix history. This will be an unforgettable moment and we’re so honored that Chris is carrying this torch.” 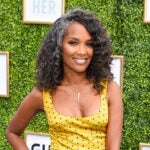 The live event aims to capitalize on Netflix’s comedy showcase, Netflix is a Joke: The Festival, held for the first time in spring 2022 and featuring more than 330 comedians across 35-plus venues in Los Angeles, including Megan Stalter, a live table read with the cast and creatives behind “Never Have I Ever” and a performance by the “Bust Down” team. The festival also had the distinction of being the first-ever stand-up show at Dodger Stadium.

Rock is a prolific actor, writer, producer and director. He is perhaps best-known for co-creating and narrating “Everybody Hates Chris,” the aughts sitcom inspired by his teen life that he also executive produced, as well as his self-titled “The Chris Rock Show.” The four-time Emmy winner is also known for film credits like “Madagascar,” “Dolemite Is My Name,” “The Longest Yard,” “Grown Ups” and “Amsterdam.” His TV appearances include “Broad City,” “Fargo,” “Saturday Night Live,” “Empire” and “In Living Color.” 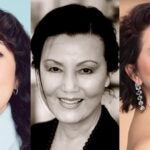