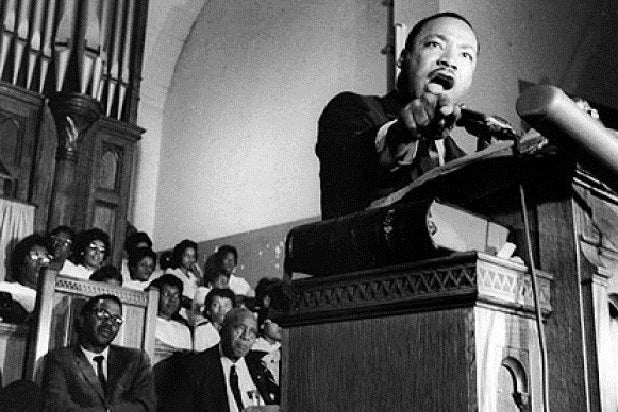 Chris Rock, Octavia Spencer, Michael B. Jordan and Harry Belafonte are among the Hollywood stars who will headline “MLK Now,” an event celebrating the legacy of Dr. Martin Luther King Jr. on Monday afternoon at Riverside Church in New York’s Harlem.

Some of today’s leading actors and influencers will offer interpretations of Dr. King’s most well-known speeches at the event, which is being held at the church where King delivered his famous 1967 speech “Beyond Vietnam: A Time To Break Silence.”

There will also be musical performances by India Arie and others, and the day will close with an interactive panel discussion addressing how Dr. King’s message can be applied to the pressing social issues of today including police violence, racial and social injustice, economic inequality and political mobilization.

Broadway stars Lin Manuel Miranda and Anika Noni Rose will also be on hand, as will actor Andre Holland, actresses Condola Rashad, Adepero Oduye and others.

Also Read: Why the MLK Holiday Has Become a Major Box Office Weekend

The celebration will be hosted by the Blackout for Human Rights and Campaign for Black Male Achievement organizations.

It will begin at 3 p.m. ET. There is no admission charge, but tickets are required. The doors will open at 1:30 p.m.  and the celebration will be streamed live online.

From “King: A Filmed Record” to “Freedom Riders,” eight documentaries that tell the story of the U.S. civil rights movement through film

"Eyes on the Prize" (1987)
PBS' 14-hour documentary "Eyes on the Prize" originally aired in 1987. The series, narrated by Student Nonviolent Coordinating Committee founding member Julian Bond tells the story of the U.S. Civil Rights movement from 1954-65.