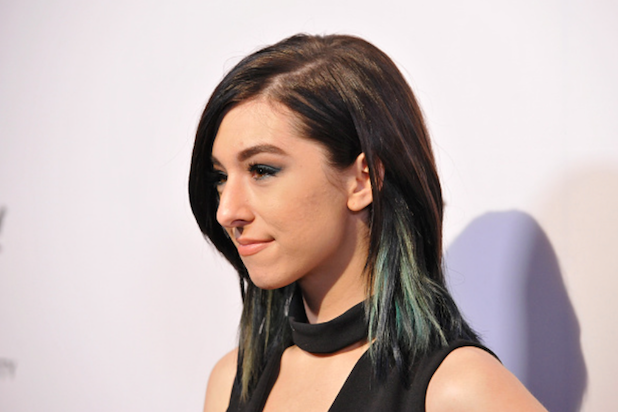 UPDATED at 10 a.m. PT: Grimmie’s reps tell People that whoever posted the tweet that read “The end” after her death hacked into her account.

Celebrities and fans are turning to Twitter to mourn the loss of YouTube sensation and “The Voice” Season 6 contestant Christina Grimmie, who was shot and killed Friday night by a gunman at The Plaza Live in Orlando, Florida.

Grimmie, 22, finished third during Season 6 of NBC’s “The Voice” in 2014, competing on the team of Maroon 5 frontman Adam Levine. She burst onto the scene via YouTube as a teenager, racking up millions of views with her renditions of hit songs.

The official Twitter account of “The Voice” has gone black and other members of the show have expressed their condolences. Grimmie’s verified account posted a seemingly final message hours after her death was announced.

There are no words. We lost a beautiful soul with an amazing voice. Our hearts go out to the friends, fans and family of @TheRealGrimmie.

So sad about @TheRealGrimmie. I'm still in shock. She was special. Had IT. Talented. Kind. Funny. Loving. Courageous. We hurt w her family.

I'm stunned and disgusted and heartbroken that we lost that sweet little girl… Keeping @TheRealGrimmie family in my heart and mind.

So sad passing of @TheRealGrimmie. Beautiful member of #TheVoice family & true #Fighter. My heart goes out to her family, friends & fans. xo

Levine posted a photo of himself with Grimmie on Instagram: “I’m sad, shocked and confused. We love you so much Grimmie. We are all praying hard that you can pull through this … this just isn’t fair.”

I’m sad, shocked and confused. We love you so much Grimmie. We are all praying hard that you can pull through this…this just isn’t fair.

Meanwhile, after Grimmie’s death a simple message was sent from her official account, “The end.”